Alternative indie rock band White Lines Grey Matter will be performing a free concert at Northwestern on Friday, Nov. 2 in The Hub.

As a young group, the band’s sound is still evolving and becoming its own. The band is constantly learning from music they love and blending other influences with their own fresh ideas.

The group cites passionate bands like Muse and the Silversun Pickups as primary inspiration for their lyrical style and presentation. On the musical side, sounds reminiscent of bands like Radiohead and Coldplay can be heard in the complex and unique structures combined with powerful and soaring vocals and harmonies. What makes their sound truly unique is the evident foundation of blues mixed with a more modern and alternative style.

“They are refreshingly good at using vocals as an instrument within the band rather than something to just be supported by the music,” said senior Michael Gutsche. “I can see where the Muse comparisons come from, but there’s more to them than that.”

In the year and a half that the band has been together, they released their first EP, “Water & Sand” in March of 2012.

As Minneapolis natives, they have performed at some of the Twin Cities’ most prestigious rock venues.

Students with a smartphone can scan the QR code on the posters on campus to hear a sample of the group’s music. Their EP can also be streamed or purchased at http://whitelinesgreymatter.bandcamp.com or on Spotify or iTunes.

Opening the show will be NW’s Corey Kundert, Resident Director of West Hall, playing a set of his own solo music.

The show takes place in The Hub at 9:00 PM on Friday, Nov. 2. During the concert, The Hub will be offering $1 off all drinks, and admission is free. 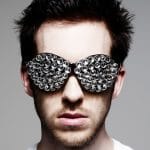