Home Opinion Who will you vote for?
Opinion

Who will you vote for?

November 6 is an important upcoming date that you need to be thinking about. On this date, the Iowan elections to the House of Representatives and the Senate will occur as well as the gubernatorial election and other state and local elections.  To focus in more specifically, within the elections to the House of Representatives, the race for the fourth district of Iowa will be between Republican Steve King and Democrat J.D. Scholten. This race will decide who represents the people of northwest Iowa, including Northwestern College students.

The fourth congressional district of Iowa is heavily Republican.  In the past presidential election, voter turnout was 61 percent in favor of Trump. Republican candidate King is known for his very conservative ideals. Before running for office, King founded a construction company and advocated on behalf of the Iowa Land Improvement Contractor’s Association.

Historically, King has been heavily supported by the Republican majority in the district. However, his actions and ideals far surpass typical conservative viewpoints. He has received a great deal of criticism from the media recently for statements about minority groups, including immigrants, people who are LGBTQ+, and women. His opponent is Democrat J.D. Scholten. He attended Morningside College, and after a brief stint as a professional baseball player in seven countries, worked as a paralegal. With an age 20 years younger than average for a representative and a net worth well under the typical congressman million, Scholten is not the average candidate.

The Democratic Party supports Scholten as he runs, but do not shut him down because of his party. Scholten is a democrat who holds dearly to many conservative Iowan ideals. According to his website, Scholten is passionate about clean energy, improving public schools and campaign finance reform. However, he also supports the second amendment, advocates for a balanced immigration solution which includes permanent legal status for DACA and DREAM act recipients and supports pro-life causes.

Scholten differs from King in a few key ways. First, he has shown a capacity to care for minority groups within society. Sioux Center has a 13.4 percent Latino population, and Sioux County has a 9.8 percent Latino population. King recently tweeted this quote about diversity: “Mixing cultures will not lead to a higher quality of life but a lower one.” His view on multiculturalism is that it is hurting America: a country founded on multiculturalism. Another time, he has said that “The argument that diversity is our strength has really never been backed up by logic.” King is infamous for saying things that alienate minority groups and undermine their achievements.

Scholten also displays a more complete understanding of economic theory and supports policies that would directly benefit Iowan farmers and manufacturers. He is a supporter of free trade, but King has been a supporter of disruptive Trump tariffs. In short, these tariffs close off American opportunities to export goods such as corn, beef and soybeans but also has led to increases in prices important to manufacturers such as steel and aluminum. Scholten has advocated for more free trade, which would open up markets to competitive Iowa businesses and ultimately would help them remain profitable.

Ultimately, it is up to every person in Iowa’s fourth district to decide who will represent them in Congress for the next two years. This includes every eligible voter at NW. I encourage you to look past party labels and consider the actual policy stances of these two candidates, as well as their values. Steve King is not the average Republican. His comments about underrepresented people groups should make every Northwest Iowan embarrassed to call him their representative. J.D. Scholten transcends typical liberal Democratic ideology and is deeply influenced by the concerns of the district as well as his religious faith. This November, cast a vote you are willing to stand by. 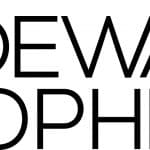 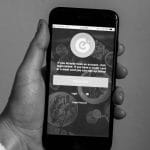