People always ask, “Why do you care so much if you can’t vote?”

We are less than two weeks away from the presidential election. A lot of international students at Northwestern have probably heard the same question: If you’re not a citizen, why do you care?

The reality for us is that both candidates will put the interest of American students before international students, but Trump’s stricter immigration policies already threaten a lot of us, especially those who don’t come from European countries.

In July, the United States Immigration and Customs Enforcement (ICE) released guidelines denying visas to foreign students whose colleges decided to go online this fall. This new guideline meant that international students would have two options: transfer to a school that would have in-person classes or be deported.

For some people, this might have sounded like a reasonable option. I heard “at least you guys have an option” on more than one occasion. The reality is that this “option” offered by the U.S. government was basically saying that they did not care about our health and safety.

Pushing us to transfer to in-person classes in the middle of global pandemic, which a lot of us would do, if necessary, to keep our visas, was a clear message that we are disposable.

We were being used as political pawns to force schools to keep classes in person and push the narrative that COIVD-19 was a hoax rather than treated as human beings who had as much to lose as anyone, and probably more.

For a lot of us, our visas are more than just a piece of paper, they are the key to our future and our family’s future. That piece of paper represents a lot of time and money invested in intensive English classes and exams, consulate interviews, government documents, airplane tickets and sacrifice.

Transferring to a different school is not easy for any student, let alone an international student.

Trying to transfer from a small Christian college means that many of our credits and our scholarships might not count, potentially sending us backward in terms of money and time – something we already don’t have a lot of with our visas.

Luckily for us, the directive was met with intense backlash. Seventeen states filed a lawsuit to block the motion. Schools such as Harvard University and Massuchessets Institute of Technology also stood up for their students through a different lawsuit, which was supported by 200 more universities around the country.

Other schools and universities started getting creative, saying that they would offer a one-credit in-person class for international students that would not have attendance taken.

If there was one good thing that came out of the experience, it was seeing colleges and universities across the nation stand up for their international students and fight for diversity in their classrooms as well as for our education and safety.

After the backlash, the U.S. government rescinded the guidelines.

But the fight continues. Many of us would need an exemption to be able to reenter the country if we decide to go back to our home countries for Christmas despite the fact that we are more likely to contract COVID-19 in the U.S. than almost anywhere else in the world.

Whatever happens in November will most certainly have an impact on international students’ futures in the U.S.

Although overturned, the ICE guidelines this past summer showed us that this country, which was painted as a place of endless opportunity for us, is no longer a safe place that we can depend on.

We are legal immigrants, and we are scared. 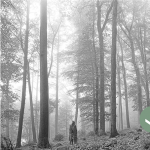 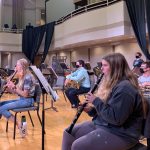