As an unmarried Raider, I hope you hear my plea when I say married housing needs to make a comeback. In previous years, Northwestern has opened the apartments in the Courtyard Village to married couples. To apply for this housing option, at least one person in the couple must be a full-time student and be married within the school year.

But on Sept. 9th, 2019 (also known as the decision that shocked the world), NW has decided to use 15 to 20 of its available apartments for the new Master of Science in physician assistant studies and Master of Science in athletic training programs that started in May 2020.

Now, during this fall semester there are zero apartments available for married students.

This has been a difficult transition for married couples that I personally know. Nolan Behr, a married folk had this to say about the decision, “It is a real downer to not have married housing because now when I take my daily nap between classes I have to do it in my tiny car.” Behr suggested, “When replacing married housing, I think Northwestern tried to use the disguise of something about grad programs or something, but I am still not convinced that is even a real thing.”

This decision has always been shocking to me because of the culture and marriage requirements here at NW. As you may know, NW requires its students to be married within six months after graduation. I remember when I visited this college, I saw the recruiting pamphlet that said, “98.5% of our students are employed and married within six months of graduation.” My decision was made, I was going to NW.

NW expects us to go to chapel, so they give us chapels, NED talks and Ngage’s to reach our requirements. It makes no sense that they expect us to get married without married housing.

As freshmen come into NW with this typical “ring by spring” mindset it could lead to some sad disappointment. With no married housing available, its possible this means that ring by spring will be canceled.

Freshmen Andrew Frick and Cade Fey agreed, “It is hard finding a girlfriend because you’re going in blind this year since everyone is wearing masks. It is hard to tell if they’re actually cute or not. Now, with married housing gone it makes it that much harder to find my future spouse.”

“Yeah, I disagree with the decision. I don’t think I have ever seen a masters program student in my life” he said, “I bet the apartments are used for Cody Hughes’s dog breeding business or something. Odin is probably breeding up a bunch of cute dogs that Northwestern can use to give to perspective students.”

If you are upset about NW cutting off married housing, please join other students in a peaceful protest around campus. We will meet in the Rowenhorst Student Center 4-court area at 11 a.m. on Tuesday the 27th. Mark DeYounge (well known pro married housing speaker) will give us a motivational speech about how we can be the change in the world. After DeYounge, Chris Jelken, who is a lay minister, will talk about his passion for married housing, as well. After the presentations, we will all file out of the RSC as slow as we possibly can and proceed to either class or the cafeteria (after we scanned the QR code of course). Thank you for being the change you want to see in the world. 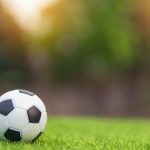 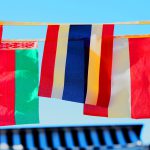