Since August, the West Coast has been experiencing record-breaking wildfires.

Currently, there are over 28 major fires in California, devasting more than 3.2 million acres. The death toll has reached 24 people in California, and entire towns in California, Oregon and Washington have been overtaken by the flames. And this is just the beginning of wildfire season. Besides the desolated towns and acres of land, another consequence of these fires is the air quality. Iowans have been seeing hazy skies and a reddish sun as smoke makes its way to the Midwest.

There are students from the West Coast like Luke Dykstra, a sophomore mathematics major, of Sunnyside, Washington, with families back home who have been directly affected by the smoldering states.

“All the schools that are not online cancelled for two days last week because of the air quality,” Dykstra said. “The air quality is in the hazardous range, and the smog just sits in the air. Some areas even had ash falling.”

For Californian Jessica Rogers, a senior psychology major, her family and church had to worry about the fire.

“A few weeks ago, my church had a campus that was in danger from the fires, but they are safe now. The pollution is rather bad in California where I’m from, but also in Oregon where my brother goes to college,” Rogers said. “They actually had to stay inside and do classes online for a few days because the air quality was so bad from the ash and smoke.”

The raging wildfires has made the air quality in California the dirtiest in the world, outranking cities in China and India who traditionally have the worst air quality, resulting in scale-breaking air quality ratings. The air quality is so poor that health warnings have been issued for those exposed to the air. California recommends the population to wear P100 masks and N95 respirators if they must go outside.

Air quality has become so severe that many colleges closed campus buildings, asking students and staff to work remotely. The College of Marin, a community college in Kentfield, California, was closed Sept. 11-14. Various K-12 schools, colleges and universities in Oregon have also cancelled in-person classes, either due to the air quality or power outages.

At this time, the air pollution in Oregon and Washington is improving, but California is still fighting to extinguish some of the major fires.

But how did these damaging wildfires start? People.

It’s come to light that a gender reveal party in California is partly to blame. A family used a “pyrotechnic device” to reveal their baby’s sex. Four-foot-tall grass at the El Dorado Ranch Park was ignited, leading to 20,000 acres burned

A fire in Oregon was due to falling trees knocking down power lines. Dry lightning is another cause, igniting the dry lands of California. The state has also been experiencing fierce winds, driving the fires to spread faster.

Finally, climate change is an active participant in the fires’ rapid spread. A combination of this year’s record-breaking heat wave, drought and dry soil have all led to California being a breeding ground for wildfires.

But how does California move forward and try to prevent future wildfires?

One way is to allow for controlled burns, an intentional fire used to manage the land, restore ecosystem health, recycle nutrients and prepare the land for new vegetation. Without controlled burning, a build-up of overgrowth and dead vegetation create a tinderbox environment. 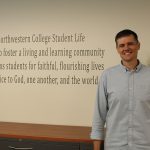 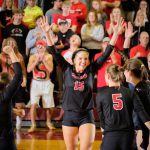