Let’s be perfectly clear about something. There are only three options: You like Tyler, the Creator; you hate him; or you’ve never heard of him. And if you don’t understand him, you probably never will.

Tyler’s latest album, “Wolf,” is going to do little to sway you if you fall into any of those three categories. If you liked “Goblin,” his last release, you will probably enjoy “Wolf” even more. If you didn’t like “Goblin,” you might find a few elements you appreciate more on “Wolf,” but overall, you will want to pass. And “Wolf” is unlikely to attract a new demographic of listeners, given the fact that there are very few lines on the entire album that are suitable for this publication, let alone for the radio airwaves.

Taken objectively, “Wolf” is a solid, if strange, hip-hop album. “Goblin” was told mostly from the perspective of a young man speaking his incredibly dark thoughts to his therapist, and although the therapist makes a couple of appearances on “Wolf,” the topics Tyler covers are much broader and (dare we say it?) more mature. Tracks such as “Answer” and “Jamba” include emotional appeals from Tyler to his absent father. Admittedly, the catharsis takes on an angry tone: “I got Clancy (Tyler’s manager), he gave me the chance to see/A world I wasn’t supposed to, I’m stoked that I didn’t know you.” But catharsis is something Tyler does exceptionally well.

Tyler also shows an unusal amount of self-awareness. At one point, he crows “I want to make a song the black kids will love” in reference to his often-white audiences.

A necessary disclaimer: You will NOT enjoy “Wolf” if you find yourself easily offended, and this goes for every person alive. If you have no patience for homophobic language, you won’t like parts of “Wolf” (although gay R&B singer Frank Ocean is a part of Tyler’s crew and appears on his album, so there’s a very solid argument to be made that Tyler is not homophobic at all). If you don’t like violent or sexual imagery, you should steer clear. And if you don’t like foul language, you probably shouldn’t even look through Tyler’s discography, let alone his lyric sheets.

You also won’t like the album if you don’t like music that is, for lack of a better term, strange. “Wolf,” like Tyler’s other albums, is intentionally inaccessible, and that is perhaps the single most intriguing, frustrating and ultimately gratifying aspect of “Wolf.” Tyler seems to be staring at the listener with a cocky grin and asking, “Get it? Get it?” throughout the album, but he’s perfectly content if the listener’s response is, “No, frankly, I have no idea what you are talking about.” Rather than trying to spell out his intentions more clearly, he thrives on obscurity and allows the listener to wallow in confusion because it entertains him. Indeed, “Domo23” could pretty easily be interpreted as a shot at his own fans, who eat up his sometimes-ridiculous lyrics without question. “I ate one roach and I made a lot of money/ Clancy’s my slave master/Thanks to them crackers, my pockets are fatter,” he says.

No listener, no matter how well-versed in Tyler’s previous stories, will ever quite grasp all of the complexities and peculiarities in his verses. But even in a state of utter confusion, it’s pretty easy to recognize the art he has created is excellent. 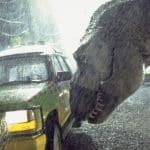 3D adds plenty, takes nothing away from classic “Jurassic Park” 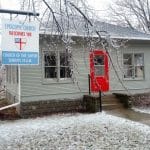