If a perfect script could be written for bouncing back after a loss, it would include a win against the number one team in the nation. That is what the Northwestern women did on Saturday, defeating top-ranked Concordia 81-75. The win moved NW into a three-way tie for first place in the conference with Concordia and Dakota Wesleyan. The Raiders improved their record to 21-3, 15-3 in the conference, after splitting the season series with the Bulldogs.

Concordia took control of the game early when a three-pointer by Riley Sibbel gave them a 21-6 lead going into the second quarter. NW then went on a 17-3 run, scoring the quarter’s first seven points, to pull the game within one with nearly five minutes to go in the half. NW held a 10-point lead with 8:09 left in the game, but Concordia answered with a 14-5 run to take a late advantage. After a pair of free throws from senior Darbi Gustafson, NW sealed the victory with two steals and four free throws in the final 17 seconds from senior Haley Birks.

NW seniors led the Raiders in scoring and rebounding, finishing with a double-double of 25 points and 13 rebounds. Concordia’s top scorer was Taylor Cockerill who finished with 28 points in the contest. NW got to the free-throw line often, earning 23 points from the line to complement a strong defensive performance. The Raider women held the nation’s third-best scoring offense to 38.3 percent on field goals, which is down from their average of 43 percent on the season. NW also had an advantage on the glass, outrebounding the Bulldogs 49-29 and finishing with 14 second-chance points.

Wednesday night, the second-ranked Raiders traveled to Sioux City to face Briar Cliff. NW defeated the Chargers 76-41. Saturday’s matchup will recognize the three seniors on the NW roster as they face Hastings for Senior Day in Orange City. Hastings is 16-10 overall and 11-8 in the GPAC. The game is set to begin at 2 p.m. in the Bultman Center. 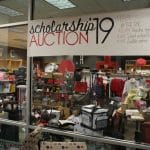 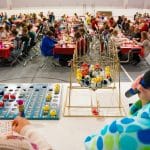