The Northwestern women’s golf team played in the first half of the 2019-20 GPAC championship this fall at the Bluffs in Vermillion, South Dakota. Instead of playing two days of 18 holes each on Monday and Tuesday, the golfers played all 36 holes on Monday due to the forecast of poor conditions on Tuesday. Adjustments for transportation were made in order to make sure the golfers finished before dark. The athletes were able to be carted from hole to hole.

“It is always a lot to play 36 in one day, but when the girls get carts it really helps a lot,” Coach Courtney Hummel said. “Playing in the rain and cold all day on Tuesday would have been terrible.”

Although the weather was better on Monday, the conditions still weren’t ideal as coach Hummel said, “We had to battle the wind all day long which was tough.”

The final two rounds of the GPAC championship will be held at Bent Tree Golf Club in Council Bluffs, NE in the spring. The top two teams and the top individual will earn their way to nationals. 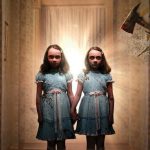 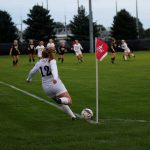