The 2019 season looks different compared to previous seasons for the Northwestern women’s soccer program. Last year at this time, the women’s soccer team had scored eight goals, one win and allowed 29 goals into their net. Currently, the Raiders have scored 22 goals, five wins and have allowed seven goals.

The top scorers for NW have been Nikki Farnsworth with five goals, followed by Emily Hurley with four goals and Audrey Tacey, Tatiana Garcia, Megan Sattler and Maddi Avery each with two goals. Molly Ryan and Mackenzie Bammer lead the team in assists with three assists each.

The back line is primarily comprised of Kelsie Paul, Taylor Lamansky, Ashley Speck, Mackenzie Bammer and Hannah Ten Pas. The back line has gotten much playing time so far this season, with center backs Paul and Lamanksy racking up over 700 minutes each and Speck, Bammer and Ten Pas recording over 500 minutes in only eight games.

“The soccer team is killing it this year, the team dynamic is like no other and I’m excited to keep moving forward and dominating games,” said senior Tatiana Garcia.

Jacob Lucy, a second year graduate assisant and head coach of the JV squad said, “We are very much a growing squad. That means we have a lot of room for growth and show a lot of moments of dominance but also of inconsistency.”

“I think the biggest difference is that we have a group that can pick themselves and each other up so we’ve been able to successfully string together strong performances. We feel really good about the next stretch of games, and that we could win every game this season. That’s the goal.”

Other Raider soccer players agreed with the optimism of Garcia and Lucy, noting an “all in” mindset leading them this season.

The Raiders began their season on Aug. 20 with a trip to Viterbo University in Wisconsin. Since then, they’ve played eight other matches, competing again on Saturday, Oct. 5 at Morningside College in Sioux City, IA.

Their first five matches were not against GPAC schools, but they will now compete only against other GPAC schools for the rest of the fall season. 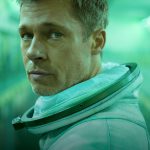 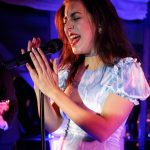