Home Opinion Would you wear a mask for the unborn?
Opinion

This year was supposed to be better. 2020 had continually gotten worse, with death counts rising, restrictions being extended and normal holiday plans altered or cancelled. However, 2021 would be the bright and shiny future: the final waning of the pandemic as the vaccine gets widely distributed, restoring life to its previous glory. Reality said otherwise. As we turned the calendar to a new year, deaths kept rising to new grim numbers. 3,000 per day. 70,000 for the month. Over 400,000 total.

For comparison, that’s roughly around the estimated rate of abortion in the United States, which averages around 2,000 per day. For decades, conservative evangelicals have preached on the importance on protecting the lives of the vulnerable unborn. We have taken them at their word, assuming the virtue of their speech. Now vulnerable elderly fall in similar numbers to COVID-19, and those same evangelicals criticize preventative measures. Is not all life created equal? Why haven’t they been as loud for the elderly as they are the unborn?

The politics of death is complicated and revealing. Put simply, death is not an equal opportunity employer. It disproportionately reigns over the fringes in society, given power by the exclusionary policies of the mainstream. Death doesn’t silence, it takes the voiceless.

The mainstream often does not recognize the role in which death plays in politics because it is so disconnected from the fringes. It is this freedom from certain realities that allows the mainstream to declare some death “necessary” and others “unnecessary”. But it’s a lie. Death is inevitable, but it is not necessary.

Conservative evangelicals, by in large, have bought into this lie. It tells them that death by sickness and disease is natural and therefore less of a concern. It tells them that there is an economic limit on the price we should pay to protect human life. Most crucially, it tells them that death is sometimes God’s will. But the reality is that all death is unnatural. Death is the separation of God’s life breathing force, a direct result of Satan’s temptation and the fall. Giving in to the necessity of death is giving in to the necessity of sin.

While the politics of death is self-centered, the politics of life manifests itself in sacrifice. A true pro-life ethic is epitomized by the strong desire to lay oneself down at the feet of our neighbors. When John Calvin and the early Reformed tradition experienced a pandemic in the 16th century, they put their well being aside and cared for the sick despite knowing they could get sick themselves. If we want to be fully pro-life, we must adopt their sacrificial lifestyle. Back then, attending to the sick was the best way to save lives; now, for non-essential Americans, it is social distancing and wearing a mask. Early Christians sacrificed their lives for Christ’s love, there is no reason why we can not sacrifice our lifestyles for the same.

What if masks and social distancing saved the lives of thousands of unborn babies, would you have changed the way you acted during the pandemic? If the answer is yes, it may not be life that you love, but your own tradition and ideology. Pro-life is not a voting ideology but a deep love for each other and God that changes the way we think about the human experience. It truly humbles you. So, next time you go out, mask up like you were saving a baby’s life. 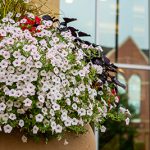 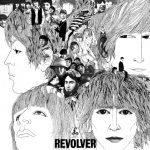