The Northwestern wrestling team had a busy week as they tallied two duals and a tournament on Thursday, Jan. 30 and Saturday, Feb. 1.

On Thursday, Jan 30, NW hosted a triangular meet with the University of Jamestown and Augustana University, a highly-ranked DII school. The Raiders fell to both teams, losing to Jamestown, 32-12, and Augustana, 36-12. “It was a rough night,” said head coach Rik Dahl. “We got beat because we couldn’t stay with our offense and struggle to clear wrists on the bottom. We need to address some things in a hurry because the end of the season is upon us. We’ll sleep it off and get back to work on the morning. On a very positive note, we had three seniors finish their home dual careers with a win. Proud of Dante, Behler and Garcia for seizing the opportunity.”

Though the Raiders did not achieve a victory in either of the two competitions, the Jamestown dual allowed a lot of underclassmen to get a taste of team competition. The biggest highlight of the night was senior Victor Garcia pulling off a huge throw late in his match against Augustana to break the highest points scored against Augustana in dual meet history.

The Raiders brought impressive performances from freshmen Austin Hendrickson, Sam Copley and Tyler Ziemen. All made the quarterfinals and lead the NW team.

“Our young guys wrestled hard today,” said Rik Dahl. “For many of our guys, it was the last event of the year. Although we may not have seen the results we wanted, these guys saw some progress as the day pressed.

“Both Hendrickson and Zeimen picked up some key wins that should boost their confidence,” Dahl said.

“All year, I have been proud of the way these young guys battle and today didn’t disappoint.”

Next up for NW wrestling will take place on Wednesday, Feb. 12. The Raiders travel to Forest City, Iowa to have their second to last dual of the season against Waldorf University. 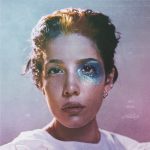