On Saturday, Nov. 9 the Northwestern wrestling team made their way up to Mitchell, SD for the first of many junior varsity and varsity tournaments throughout this season. The Dakota Wesleyan Open provided both challenges and successes for the NW team as they faced many rivals including three competitors in the GPAC: Briar Cliff, Dakota Wesleyan and Jamestown.

The team finished the day with an overall losing record of 23-26; however, there were several victories to be acknowledged. Freshmen Austin Hendrickson (149 lbs) and Sam Copley (149 lbs) celebrated their first college wins. Hendrickson put up a fight, blowing his 0-2 record from the Yellowjacket Open, which took place the week prior, and finished the day 3-2.

Both seniors and previous All-Americans Dante Preciado (141 lbs) and Andrew Null (165 pounds) finished the day with 4-1 records, placing second and third respectfully. Dylan Costello (174 lbs senior) took fifth with a 3-2 match total. Also finishing with a 3-2 record, senior Carter Behler (165 lbs) proved to be a force worth avoiding as he obtained two of those victories by fall. His second loss was a forfeit to Null.

Head coach Rik Dahl said, “The guys wrestled hard today at a tough event. It was fun to see our seniors turn in some good days.”

Junior Bennett Sikkink (184 lbs) said, “the guys looked really good this weekend. They have been well disciplined up to this tournament, and it paid off on the mat. Very crisp technique and a full gas tank at this time of year is especially impressive to make it through a tournament like this.”

Looking ahead, the team will travel to Seward, NE, to dual Concordia University Friday, Nov. 15 at 7 p.m. The hosting college will provide a livestream for those who cannot cheer on the Raiders in person. 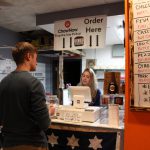 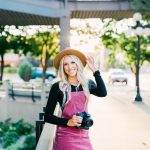