The Red Raider wrestling team traveled to Mitchell, S.D. , and competed in the DWU Open last Saturday. The team had a great performance overall as the team placed five wrestlers. This was no easy tournament, as many tough schools traveled to compete such as DII powerhouses Augustana and St Cloud State.

Seniors Nick Null and Brandon Shuler both earned a second place finish. Null had three falls in the day and tallied an impressive win over the No. 9 ranked wrestler in DII from St. Cloud State in the semifinals. Shuler also had an impressive win in the semis as he beat a SCSU opponent as well. He dropped a tough bout 8-2 in the finals.

Senior Jake Hergott ended the day with a fifth place finish as he went 4-2. He had four pins on the day leading the Raiders as they marked 12 on the day. Sophomores Daniel Zeleny and D’rell Gist finished fourth and fifth on the day.

“A lot of guys stood out today,” Coach Rick Dahl said. “We had some close and tough matches and saw great work out of our guys. We still have work to do but we are certainly in a good place after the first weekend.”

The NW wrestlers travel to Nebraska this weekend as they participate in the Kearney Open. Film shows beauty in the simple 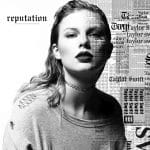 Is the Old Taylor actually dead?