Home Opinion You should pay attention to impeachment
Opinion

You should pay attention to impeachment

For only the fourth time in American history, an impeachment inquiry is being launched against the Presidency.

The process of impeachment is complicated and confusing, but nonetheless, having a basic understanding of what is going on is vital for the health of our democracy.

Many house Democrats have been calling for the impeachment of Donald Trump since the Mueller investigation. These calls, however, have found little traction even within the Democratic party. Only a few outspoken ongresspeople called for the president’s impeachment. But after the whistleblower’s complaint against President Trump was released less than a week ago, support for impeaching him is overwhelming in the Democratic party.

This whistleblower’s complaint, originally filed on Aug. 12, is about a phone call that Trump made to the newly elected President of Ukraine Volodymyr Zelensky on July 25. The complaint claims that Trump was abusing his power to solicit aid from a foreign country for his re-election campaign. If true, this is not only troubling, but an impeachable offense.

As soon as the complaint was released to Congress, immediate outrage over the President’s actions ensued. To quell the outrage, the Trump administration released a transcript of the call. This transcript was not an actual transcript but rather a summary on what transpired during the call. By releasing this transcript, the Trump administration hoped to put an end to the questions against his actions. However, the transcript substantiated the whistleblowers claims.Hence why the Democrats immediately launched an official impeachment inquiry against Trump.

There is still a dispute as to the criminality of what Trump said in that phone call, but he undeniably asked Zelensky for help investigating one of his opponents. Specifically,  Trump asked Zelensky to work with Trump’s personal lawyer, Rudy Giuliani, and the attorney general, William Barr, to “get to the bottom” of corruption claims against presidential candidate Joe Biden. This was done just days after Trump blocked a 400 million-dollar aid package to Ukraine.

House Democrats are claiming that Trump used this conversation as a quid pro quo. If Zelensky helps Trump’s people, the promised aid would be delivered. If true, this is a gross abuse of power for personal gain, which is directly outlined as an impeachable offense. However, the transcript is not a smoking gun. There is an allusion to a quid pro quo within the transcript but not enough overt evidence. The lack of rock-solid proof explains why the hearings are being held and why the Trump administration officials are being subpoenaed to testify and release more information.

We don’t know exactly how this drama will unfold, but these hearings will probably last at least until Thanksgiving. A lot can happen in that span of time.

If the hearings go well for the Democrats, they will probably be able to impeach Trump, but there is almost no chance that the Senate will charge him. This exact same scenario happened to President Bill Clinton in the 90s. The House of Representatives impeached him, but the Senate acquitted him of any wrongdoing.

I believe this will be the same outcome of these hearings. The more pressing question is how this will affect the outcome of the 2020 election. This could backfire hard on the Democrats and fuel Trump’s re-election. Or it could help them win the election. But no matter what happens, someone is going to lose, and the stakes are extremely high.

If my suspicions are true, this impeachment drama will only further define the divide that exists in our highly polarized country.  There is already extremely troubling rhetoric spawning from both sides in response to the impeachment hearings. If this troubling rhetoric continues to worsen, America, not the Democrats or Republicans, will be the one who loses in the end.

Why do it today when you can do it tomorrow 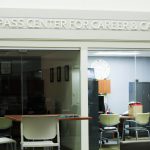