Home News 10 years of RUSH to be celebrated
News

10 years of RUSH to be celebrated The upcoming performances of RUSH will mark the 10-year anniversary of what has become one of Northwestern’s most popular rituals.

“The founders wanted to create a space for those with experience and those without to have fun with dance,” said junior Rowan Sullivan, RUSH stage manager.

Rumors have been circulating around campus that the founders will possibly perform at this year’s RUSH to celebrate the anniversary.

“I don’t want to kill all the surprises, but the founders will be attending the performances,” Sullivan said. “They are coming back to see what the show has become because when they started it was nothing.”

The founders created RUSH because they were all involved in the theater program at NW.

“The theater department pushes students to sponsor programs,” Sullivan said. “They wanted an outlet for dance.”

Only 15 students signed up to participate the first year of RUSH. By its second year, the program had become so popular that auditions had to be held. Now in its 10th year, RUSH has evolved into an elaborate production involving more than 100 students.

The planning process is broken up into three branches: producer, stage manager and choreography director. According to Sullivan, planning is taxing on the students involved.

“I will probably spend three to five hours a day the week before RUSH working on it and around two hours a day two weeks beforehand,” Sullivan said. “The week of RUSH is just crazy.”

Even those who did not participate in the planning have spent many hours working on RUSH to put on an impressive show for their audience.

“As lighting designer, I try to make the dancers look the best that they can,” sophomore Abby McCubbin said. “For dance lighting it usually needs to be simpler because it needs to show the form of the dancer. For me, it will take a few days to first get all of the lighting cues written in, and then it takes another day to see how it looks on the dancers and to edit it.”

The dancers themselves put a lot of their free time into the program.

Planning for RUSH began last spring; choreographers applied and then auditioned for the three branches of the planning committee.

“We definitely put more time in it than we should have, but we wanted our dance to be the best that it could be,” junior choreographer Frankie Eszes said. “In the end, we are really proud of our dancers.”

This year, 145 students are participating in RUSH, and there are 11 dances.

“We try to get as much variety as we can in the dances,” Sullivan said.

According to sophomore Miles Fletcher, everyone should try RUSH at least once.

“I love to dance,” Fletcher said. “It’s also pretty cool at the beginning thinking, ‘Holy cow, we have a lot to learn,’ and then at the end seeing how far we have come.”

Many students choose to be a part of RUSH for more than just the dancing.

“My favorite part of RUSH, because I am a freshman, is the friendships I get to create and share with the upper classmen,” Slattery said. “Not to mention all the sweet dance moves I get to learn.”

Although sources won’t reveal the surprise, Sullivan said those who attend will definitely know it’s the 10-year anniversary. RUSH will take place at 7 and 9 p.m. on Thursday, Oct. 3; 7 and 9:30 p.m. on Friday; Oct. 4; and 7 and 9:30 p.m. on Saturday, Oct. 5. For more information, contact the box office at boxoffice@nwciowa.edu. 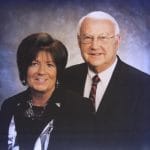