On Wednesday, the volleyball team played in front of a capacity crowd at the Bultman Center and defeated rival Dordt in five sets after being down 2-0 in the match. With the win, NW finished its conference play at an undefeated mark of 16-0, a GPAC regular-season championship and a 32-1 overall record. The Raiders also earned the top seed in the upcoming GPAC postseason tournament. “Our excitement for this game as well as preparation from our coaches got us ready for Dordt,” junior defensive specialist Alexis Bart said. “The crowd was also really great for our momentum.”

In set four, NW set the pace from the start and earned a 25-18 win. In set five, Dordt came out of the gates swinging, but the Raiders managed to come out with a 16-14 victory.

NW hit .194 throughout the match and totaled 68 kills. Sophomore rightside hitter Karlie Schut hit .246 for the match and recorded a career-high 23 kills.

“Confidence was the key,” senior defensive specialist Nicole Jacobs said. When we competed for every point we reached another level of intensity that was not going to stop,”

NW will return to action on Saturday to host the GPAC tournament quarterfinals against Morningside. The match will start at 8 p.m.

“We will be taking this one game at a time like we have been doing all season,” Jacobs said. “Every opponent is going to give us their best shot, and we will prepare to take on those challenges every night.” 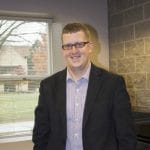 Professor conducts on and off campus

Pentatonix is here to stay