Home Features Professor conducts on and off campus
Features

Professor conducts on and off campus Most people in the music department are familiar with him, especially if they’re in the music department. To others, Chad Hutchinson is probably  unknown. Hutchinson joined the NW faculty in 2011 and serves as the director of the Women’s Choir and the director of the Chamber Orchestra.
Hutchinson was born in Onawa, Iowa and grew up in the small town Pisgah, Iowa. He graduated from West Harrison High School and then attended Morningside College in Sioux City, where he received his bachelor’s degree in music education. From there, he attended Bowling Green State University and got his master’s degree in orchestral conducting.
He comes from a musical background so his career choice probably isn’t too surprising. His dad was a jazz/rock musician and his mom an elementary music teacher and high school band teacher. That exposure to two different sides of music gave him a well-rounded expierence. He has been influenced by both parents in that he plays piano trombone and bass.
Before joining NW, Hutchinson taught high school orchestra in Sioux Falls and in Rochester, N.Y. There he once again taught high school orchestra. Although NW is Hustchinson’s main headquarters these days, it isn’t the only place he spends his time. The South Dakota Symphony also takes up many of his hours. He is the assistant conductor and is essential to the symphony sounding its absolute best. The assistant conductor attends all the practices, listens to the symphony play and takes notes on its performance. If there is anything that doesn’t sound just right to Hutchinson, he takes note of it so it can be improved.
Hutchinson started with the South Dakota Symphony because of his connection with the symphony’s conductor, Maestro Gier. They had studied together in Sioux Falls, when Hutchinson was teaching high school orchestra. The two of them formed a teacher-student relationship. Gier later offered him the job of assistant conductor, and Hutchinson accepted it.
Balancing his time between teaching at NW and his job as assistant conductor has been quite a challenge. He is generally only at the college on Tuesdays and Thursdays. Attendance at every practice requires him to be in Sioux Falls often.
One of the main challenges he faces is staying focused on the job at hand. With such a  busy schedule, he has found that keeping his mind on the present is difficult but crucial to balancing his duties.
But Hutchinson’s passion for music outweighs the negative aspects.
“I love music, I love the emotion and communication music can provide to one’s soul,” Hutchinson said. “I love glorifying God with music. On the teaching, I love to see how music also affects students, exposing them to a great piece of art and watching the process unfold.” 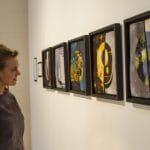 Tales from Heaven and Earth on display at Korver 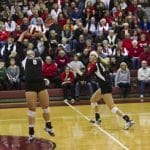