Open Mike Eagle is a hip-hop artist from Chicago who has been known for writing lower intensity music with clever lyrics. On his latest record, he reflects on the building projects he grew up in being destroyed and tackles topics like nostalgia, gentrification and feeling like the past is being taken away.

On Lorde’s second major record, she uses bright synth and personal lyrics to tackle topics like coming of age in today’s society, relationships and the pitfalls of party culture. What is ultimately most impressive about this project is the maturity she displays throughout the record, often completely out-classing her pop contemporaries.

This album was a change of pace for Gambino, transitioning from rap to a soulful sound. He brings his hip hop influences along, but creates an unique sound that mixes a bit of funk, soul and gospel to invent something fresh. The project also boasts one of the best singles of the year with the Grammy-nominated “Redbone.”

Remo Drive is a garage band from Minnesota, but their first record shows impressive production considering the relatively small budget. Their music is best described as punk, although it does not fit this description perfectly. Their sound contains a real energy, and their music captures teenage angst.

Rocket is unlike anything else released in 2017. I hesitate to put it into a genre but its sound most similarly resembles folk. Throughout the record, we hear about subjects like justice, honesty and deeply personal stories from the artist. The diversity of sound offers a musically impressive journey.

This record is a personal, intimate look at Mike Hadreas’ emotions. It may also be the most beautifully produced record of 2017. The music offered is deeply personal and tackles doubts about being able to be oneself, being adequate and being accepted for who you are.

4. Saturation I, II, and III– BROCKHAMPTON

BROCKHAMPTON is one of the most unique stories in music from 2017. The group met over a Kanye West fan forum and decided to move to LA to live together and create music. They released three of the best rap records of 2017 in the span of six months and show no signs of slowing down. Their diverse rap music is a breath of fresh air in the rap game.

Kirin J. Callinan is an Australian pop artist, but his music would not be recognized as pop by many listeners. His sound is eclectic and all over the place in an intricate and deliberate way,  from house dance beats to soft rock guitar. Simultaneously tragic and humorous, Bravado will keep listeners on their toes throughout.

Tyler the Creator’s most recent project is the best rap album of the year. His production contains impeccable attention to detail and beautiful orchestral sections unique to hip hop. Each song provides a stunning or intense instrumental and contributes to Tyler’s message for the listener. Tyler showcases his maturity through his completion of this project and his approach to topics of sexuality, consumerism, fame and especially feelings of longing.

1. A Crow Looked at Me– Mount Eerie

Phil Elverum delivers the most emotionally charged piece of music I have ever listened to through this emotional outpouring in the wake of his wife’s death to cancer. Musically, the tracks are sparse and are typically just P hil’s vocals with subtle guitar in the background. It is at once depressing and hopeful in a poetically oxymoronic way. This album is meant to be listened to alone, preferably without distraction, all the way through. For those that s

eek to feel emotion through music, A Crow Looked at Me is the ultimate empathetic journey. 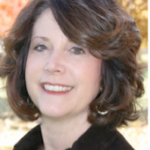 Counselor to speak on campus