Compare and contrast the Grammys and the Academy Awards for film. The Grammys typically nominate musicians everyone knows about, usually ones who have spent significant time on the Top 100 Billboard charts. The Academy Awards are radically different. Nominees for best picture are sometimes massive commercial successes but sometimes are indie films that received massive critical acclaim.

The Grammys nominees are, for the most part, familiar names: Bruno Mars, Kendrick Lamar, Lorde, Jay-Z, Justin Bieber, Cardi B and Ed Sheeran, among others. Imagine for a moment that the Academy Awards operated in the same way. Nominees for Best Picture in 2017 would likely be Star Wars, Guardians of the Galaxy, the recent Fast and Furious iteration and other box office hits. Almost all serious film critics would scoff at these nominees as the best picture of the year.

The Grammys ultimately boil down to an industry popularity contest. Artists everyone already knows about are rewarded for songs we have all heard on the radio a few too many times. In theory, there is nothing wrong with giving awards to the popular music of the day. Giving awards to popular artists can increase viewership. However, a prestigious music award should be more than a popularity contest.

Why should we care about the Grammys being a popularity contest? If people enjoy it, why should it change? All awards shows have the opportunity before them. They have the opportunity to put a spotlight on the greatest artists from the last year. The Oscars take full advantage of this opportunity. Oscar nominees like Moonlight, Boyhood, Spotlight, Whiplash and others have benefitted from the publicity the award nomination garnered them. 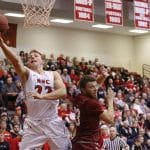 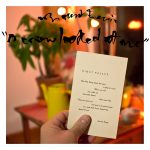