The Red Raiders opened the outdoor track season at the Buena Vista Outdoor Invite this past Saturday, March 30. Throughout the day, the Raiders faced cold and windy weather with winds blowing at 20 mph and temperatures dipping into the low 30s. However, this did not stop the women’s team from scoring 196 points to take first place and the men’s team from placing second with 141 points.

“Coaches and student athletes knew going into the meet that the weather would make running a PR was probably not in the cards, but overall athletes came with positive attitudes and battled the weather as best they could and encouraged one another to do the same. I think their efforts showed in the fact that they women were first and the men were second,” assistant track and field coach Carrie Krohn shared.

The outdoor opening meet set the tone for the rest of the season. Junior Jackson Johnson not only won the high jump, but he also hit the automatic qualifying mark for the Outdoor National track meet in May in addition to setting both the new meet and stadium records with a jump of six feet, 10.25 inches.

Junior Kenzie Keune also set the new meet record in the 100-meter hurdles with a time of 15.1 seconds, breaking the record she set in 2017.

The Raiders had impressive finishes across the board with numerous first place and top five finishes. On the field side, sophomore Chantel Groen took first in the long jump, and freshman Shirley Reginald won the triple jump. Sophomore Becca Bindert took first out of fifteen competitors in the discus throw. For the men, senior Carter Behler won the javelin throw and freshman JT Engebretson took third place in the long jump.

The Raider track team competed well at the first meet of the year and will continue to improve throughout the season with hopes of sending as many to the Outdoor National meet as possible.

The Red Raider track team will compete at the Dordt Relays Saturday, April 6. The Red Raider Open is scheduled for April 17 and 18. 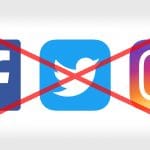 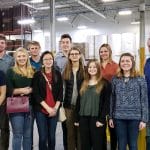