The season of Lent, beginning on Ash Wednesday and ending on Easter Sunday, is a 46-day observance to prepare for Easter. It involves preparing one’s heart and mind for remembering Christ’s life, death and resurrection. This period of the liturgical calendar is most frequently observed by those in Catholic, Anglican and Orthodox traditions, but Christians across the spectrum of denominations take part as well.

Traditionally, Lent was observed by fasting from meat, fish, eggs and fats during the 40 days prior to Easter, excluding  Sundays. More recently, it has become a time for people to refocus their energies into devotionals or creatively abstain from something to make more time for Jesus. Lent has also gotten a bad reputation from pop culture, Hollywood and web influencers as legalism.

Many celebrities can be seen bemoaning their chosen fast, whether it be food, social media or some other form of self-denial in the hopes of attaining holiness.

However, many Northwestern community members observe the season of Lent as a way to remember Christ and his sacrifice by creatively fasting from something while also adding something such as a special devotional. Daniel fasts, social media fasts and even plastic fasts are taking place across campus as a form of worship.

Professor Michael Kugler says that, before coming to NW, he did little to observe Lent but has since joined an Episcopal Church which observes Lent through liturgy.

“During Lent I ask myself how I join Christ in the way of the Cross,” he said. “I do so through readings, prayers and Lenten observations at my church.”

Professor Robert Hubbard explains what Lent means to him, saying, “Lent is a reminder of the shared darkness and temptations we face together as Christians and as human beings striving to live within a broken world plagued by sin,” Hubbard said. “I try to use Lent to engage in reflection that makes me more conscious of Christ’s suffering on my behalf, culminating as it does with Christ’s death on the Cross. Lent is also a preparation for Easter, the day of resurrection, which is so thrilling and exciting and needed and generous.”

Both Kugler and Hubbard are reading through the book, “The Sign and the Sacrifice” by Rowan Williams, former archbishop of Canterbury. Through the book, Williams recounts how the eyewitnesses of the miraculous death and resurrection of Christ saw those events and how they affected the lives of the early followers.

Kugler reflects, “If such a story is true, how would we live faithfully to it? If true, how do I live with others?”

In addition, Hubbard has given up peanut butter, “which really sucks because I really enjoy peanut butter. Each time I crave it or find myself walking over to the peanut butter’s rightful place on the kitchen counter, I try to use the opportunity to say a prayer of adoration, confession, thanksgiving or supplication. Needless to say, I pray a lot more during Lent.”

It’s small acts of dedication and sacrifice to remember Christ that make the Lent season so special for many on campus.

The bottom line for Hubbard and Kugler is that this is a season of remembering the Cross, without which the resurrection wouldn’t make sense. Although Lent can be misused into a selfish form of religiosity and pride, Hubbard says, “Ideally, Lent should inspire humility, a healthy sense of helplessness and deep gratitude to our Lord and Savior.” 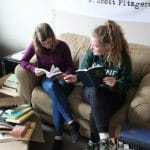 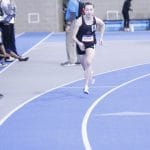