If Sufjan Stevens isn’t completely in love with Christmas, he’s at the very least  infatuated with it.

His latest album release, “Silver & Gold,” is a follow-up to 2006’s “Songs for Christmas,” containing volumes six through 10 out of who knows how many he’ll make total of his signature Christmas songs. The collection, recorded between 2006 and 2011, adds another 58 songs and nearly three hours to Stevens’ holiday catalog. That means the guy has officially recorded 100 Christmas songs.

As he did on “Songs for Christmas,” Stevens presents an array of tunes. There are traditional songs audiences will know and love as well as some traditional songs so twisted they’re almost unrecognizable, such as his version of “Do You Hear What I Hear,” which is more than nine minutes long and sounds like a conversation between two teens experiencing marijuana for the very first time — “Dude… do you feel the same things I feel?”

Then, there are new songs written by Stevens that should become Christmas classics; songs that either have nothing to do with Christmas, such as a cover of Prince’s “Alphabet St.;” and songs that are holiday themed, but just plain bizarre.

Through all these songs, it’s hard to tell how Stevens really feels about the holiday. In many songs, he’s celebrating the birth of Christ in the most traditional manner and ringing the bells to celebrate the season and all its warm, fuzzy, dance-around-the-tree-in-your-toe-socks moments. Other songs are just sad. And not just sad as in beautiful, somber pieces like “Coventry Carol” or “How Shall I Fitly Meet Thee?;” sad as in songs with titles such as “Even the Earth Will Perish and the Universe Give Way” and lyrics (from songs such as “Barcarola [You Must Be A Christmas Tree]”) such as “You said you needed me / But I know that you needed yourself to be cleaned of me.”

Along with sadness and an almost give-up attitude towards humanity as a whole, anti-consumerism is a theme throughout the later volumes. For example, in “Christmas In The Room,” two people celebrate the holiday with “No travel bags, no shopping malls / No candy canes, no Santa Claus.” Never mind that he’ll be singing “Up On The Housetop” shortly. The apparent contradiction suggests he knows and believes that true Christmases need no jolly old man, but, he’s still a pretty fun idea.

It gets even more confusing when looking at the packaging the songs come in. A digital booklet that comes with albums downloaded from iTunes contains two essays written by Stevens himself (the guy’s actually got an MFA in Creative Writing from The New School in NYC). The first essay bashes malls and wish lists and anyone expecting things out of life because we’ll never really get what we want anyway. The second essay considers the Christmas tree, its past as a pagan symbol and paints it as a misplaced fertility symbol we celebrate each year. Neither essay shows any Christmas spirit or even any hope for humanity, really.

For those who shell out the big bucks and buy a hard copy of the CD (which retails at $30), there are even more confusing things inside. There are tattoos, stickers of gore, skeletons and snowmen wielding chainsaws. There’s a poster with images of a baby smoking a cigarette and sea monsters. There’s also a cutout and do-it-yourself origami Christmas ornament.

The guy’s obviously conflicted about the holidays. As an artist who has pumped out 100 Christmas songs, he’s become part of the celebrations, but as a deeply analytical American, he doesn’t appear to even know if that’s a good thing.

Whatever the case, Stevens has again offered up a Christmas album. There’s a mix of the traditional and the Stevens’ originals, both heart-warming and weird, in each volume, and it’s in these volumes that the differences in sounds and styles really comes into play.

“Gloria” the sixth volume, is the only volume that fits in with the first five of his previous album. Fans of Steven’s’ first collection of Christmas songs should check out the songs from this volume. He’s at his lo-fi, stripped-down best, using hand bells rather than synthesizer sounds. Songs are about traditional Christmas topics and, in true Stevens’ fashion, pull from religious myths and histories for their lyrics.

Volume seven, “I Am Santa’s Helper,” is where things start to veer from the classic Stevens Christmas sounds. Recorded around the same time that Stevens was working on the highly experimental, highly electronic and droning album “The BQE” (short for Brooklyn-Queens Expressway), this volume reflects the sporadic nature of that album. With most of the volume’s 23 songs running only a minute and a half, the tracks are more like a collection of Stevens’ thoughts and exercises into Christmas tunes than a finished set.

Songs start to get mechanized, synthesized and texturally layered in volume eight, “Christmas Infinity Voyage.” He’s included familiar songs such as “Angels We Have Heard on High” and “Good King Wenceslaus” but makes them totally his own by re-arranging everything about the songs but the lyrics. It’s also where you’ll find some of the best original Stevens songs, such as “Christmas In The Room,” a soft ballad that would warm even Scrooge’s heart, and “The Child With The Star On His Head,” a near-hymn that asks listeners “Why crawl around in the snow/ When you know I’m right here” and warning them against putting trust in dictionaries, engineering, etc.

“Let It Snow” (volume nine) is where Stevens features his friends. He features them so much, in fact, he doesn’t even sing on a third of the volume’s songs. It’s okay though — his friends voices equal in beauty as the man himself. Sebastian Krueger’s “Christmas Face” and Cat Morino’s “Ave Maria” are some of the loveliest songs on the album.

Finally, volume 10, “Christmas Unicorn,” finishes off the album on some strange notes. There’s the oddly depressing, up-tempo “We Need a Little Christmas,” where the lyrics order to “Put up the tree before my spirit falls again.” There’s a Steven’s original called “Happy Karma Christmas” that wishes a girl who left him happy holidays even though his own holidays are miserable. He ends the volume and this Christmas album with the almost-13-minute “Christmas Unicorn,” a counter-part to The Beatles’ “I Am The Walrus” in many ways. You have no idea what the guy is talking about when he sings “I’m a mystical apostasy/ I’m a horse with a fantasy twist/Though I play all night with my magical kite/People say I don’t exist.” Eventually, we find the Unicorn to be a metaphor for all we don’t believe to exist anymore, in this case, an American who can love Christmas and all its pagan traditions while still being somehow above the holiday itself.

If you are feeling conflicted about whether or not to buy this album, that is a far easier problem to solve than the one Stevens is attempting to tackle. For die-hard fans of Sufjan Stevens, especially his “Age of Adz” and “The BQE” albums, it’s worth the money. Fans of a nice Christmas album full of classics or traditional hymns ,should probably stick with “Songs for Christmas,” his first Christmas collection. 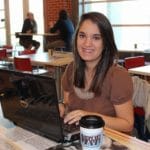