Home Opinion A brief summary of the Russia-Ukraine conflict
Opinion

As the people of the United States of America go about their daily lives, citizens of Ukraine scramble for safety as bombs explode in neighborhoods and missiles hit residential areas. the sounds of sirens can be heard from miles away and people have begun to panic. The country of Ukraine woke up Thursday morning to something that many predicted but hoped would never happen: a Russian invasion.

Vladimir Putin, president of Russia, describes the assault on Ukraine not as a war, but as a “special military operation.” He threatened serious consequences for any interfering countries, some that “have never been seen before.” President Joe Biden stated in a speech on Thursday, Feb. 24, that Putin’s decision to invade Ukraine is “unprovoked and unjustified.” He declared that harsh sanctions would be placed and urged other countries to do the same, limiting trade and commerce with Russia. Putin seemed unaffected by this threat, though, as it seems he had been slowly limiting Russia’s reliance on the United States as well as other countries for years. NPR states that the crisis has been “30 years in the making.”

One reason why the United States and multiple other countries are apprehensive to send troops to Ukraine is that Ukraine is not a part of NATO (the North Atlantic Treaty Organization). As of right now, the United States is supporting Ukraine in the fight with supplies and other military needs, but it has become clear that this alone might not be enough. NATO was founded in 1949 after WWII to prevent anything similar from happening again. It was basically a safety measure against countries like Russia, who were non-compliant with the treaty. If the nation were to attempt to attack any country associated with NATO, it would have the rest of the countries involved to deal with it. In order to join NATO, a country has to be democratic, be based on a market economy (semi-capitalist), have the ability and willingness to make military contributions to NATO, and many other qualifications. Ukraine is not a part of NATO because it is not a democratic nation, though it has been progressing towards becoming a democratic nation for years. A country also cannot join NATO if it is currently involved in conflict. If Ukraine were to join NATO now, all of NATO would be going to war against Russia, which is what the nations wanted to prevent in the first place. Ukraine will not have an opportunity to be a part of NATO until the war is over – where they may inevitably cease to be a country altogether.

It is now up to individual countries to decide whether or not to get involved with the crisis. If we as a nation choose to fight alongside Ukraine, we will kill Russians (many of which are simply following government order), and many of our troops will die. If we don’t, Ukrainians will die as there is little chance that they are strong enough to handle Russia alone. On top of this, it would be a diplomatic and military blow to NATO if Russia were to occupy Ukraine. There seem to be no right answers within the realm of war. There are many opinions surrounding what the United States should do, though. Many people say no; we should avoid war as much as possible. Others say yes; we should become involved.

Though the reasons for Putin’s decision to invade Ukraine are still hazy, in summary, Ukraine is being invaded in order to make a statement about Russia’s status, proving a point to powerful countries such as the United States. The president of Ukraine, Volodymyr Zelenskyy, in a last ditch effort for peace, plead on Putin’s refusal to sit down and negotiate. For this reason, Zelenskyy called upon the people of Russia, speaking their language, knowing his heartbreaking message may not even reach them. He began with addressing the people of Russia not as the president of Ukraine, but as a citizen of Ukraine. You know us! We are Ukraine! You go to school here. Many of you have families here. “You know our character, you know our people, and you know our principles. You know what we value. So stop and listen to yourselves, to the voice of reason, to the voice of common sense.” He ended his speech willing the people of Russia to understand. “Putin will not listen to me, so maybe he will listen to you…” Many protests for peace have erupted globally since the start of the invasion, including in Russia.

While citizens of the United States of America continue to go to school and work, Ukrainian men and women are standing up. Regular, everyday civilians are joining in to fight or their freedom, their rights and their home, even if their chances of victory are slim. Even Volodymyr Zelenskyy himself has devoted his life to fight for his country. Does this not sound like something we would do for our own? Many scoff at the idea of fighting for Ukraine. Others worry about gas prices, or what this war will do to the economy while the city of Kyiv goes down in ruins. What can we possibly do, many ask. Answers are few. Many are confused and understandably don’t know what to think. In times of crisis, we must call upon our humanity. Once we consider the lives of these people as human beings, we will start to know the answers. 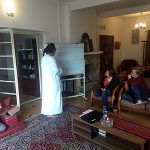 Revival of the Oman study abroad 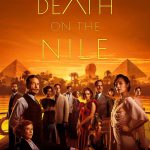 One breathtaking and intriguing performance