Home Featured A day in the life of a president
FeaturedFeatures Every day for President Greg Christy, known as PGC by students, begins around 8 a.m. and goes until 5:30 p.m.  If he is on campus, those house are filled with meetings. If he is not here, he is traveling around the U.S. from coast-to-coast visiting with alumni and friends who support the college in various ways, meeting with prospective students and families.

“I never imagined I would have the privilege of serving as a college president. While it may seem glamorous to some, the reality is that it is a hard and demanding job,” Christy said.

Christy became Northwestern’s ninth president in January 2008, making this year his 12th year being the fearless leader on campus.

There have also been several campus improvements during his tenure, including the construction of the Jack and Mary DeWitt Family Science Center in the fall of 2018 and the Jack and Mary DeWitt Learning Commons in 2013; there also have been renovations in the Rowenhorst Student Center, cafeteria and Ramaker Center; and construction of the Juffer Athletic Fieldhouse and North Suites Hall.

This, of course, is just a fraction of what he has done for NW, but how did he even get to become the president here?

Christy went to Simpson College in Indianola, Iowa, to get his bachelor’s degree in management, and he received his master’s degree in physical education and sports management from Western Illinois University. He always wanted to become a baseball coach and an athletic administrator. Everything was going as planned until God decided to change things up.

On Feb. 1, 2007, President Christy learned he had been nominated for the presidency of NW and was elected by the Board of Trustees to serve as president in October 2007.

Knowing a little on how he had become the president of NW, the question remained: what does a president of a college do around here?

His primary responsibility is to uphold and further the mission of Northwestern College which is to engage students in courageous and faithful learning and living that empowers them to follow Christ and pursue God’s redeeming work in the world.

This goes for all of NW. Not only does PGC want this for the students that walk this campus, but he also expects this from his staff as well.

“I meet with every single person who interviews for a job at NWC because I believe hiring the right people is critical to our success and promises prospective student[s] and families every year that we hire only committed followers of Christ to teach, coach, serve and mentor our students,” Christy said.

He reminds all current faculty, staff and administrators of NW of their mission and how everyone has an important role to play in living this mission out every day. This is also something considered when hiring people who are great mission fits for the college.

“Northwestern is a standout college because of the incredibly gifted and dedicated faculty, staff and administrators we have,” Christy said. “This is truly a special place, and I am humbled every day to be a part of this Christian academic community.” 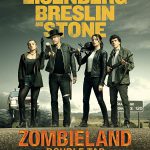