“Zombieland: Double Tap” is worth the price of admission… if you go on half-priced movie night. The film by Ruben Fleischer delivers equal parts enjoyment and cringe, and the star-studded cast largely disappoints in this fun, albeit pointless and redundant sequel.

The film follows the cast from the first movie as they continue to navigate a zombie infested world. Jesse Eisenberg plays the role of Columbus, serving both as the leading character and the film’s narrator. Columbus is no more than the typical quick-witted nerd that Eisenberg has played countless times in movies like “Now You See Me,” “Adventureland” and “The Social Network.” His performance fills the mold he has cast for himself throughout his career, rather than delivering anything special.

The same can be said of Woody Harrelson’s performance as Tallahassee. Harrelson also fills his typical role as the charismatic, but stuck-in-his-ways firebrand. While Harrison does succeed in delivering some of the film’s finest moments, he also fails to live up to the standard of his past performances.

Emma Stone rounds out the trio of top tier actors with an underachieving performance in her role as Wichita.

The side characters that come and go are nothing more than formulaic portrayals of stereotypes ranging from the hippie to the dumb blonde. While these caricatures deliver some cheap laughs and amusing scenes, they give the actors little room to shine. Even side characters can provide meaningful and show-stopping moments in a movie, and it is disappointing to see another movie completely overlook their importance.

Despite disappointing performances, “Zombieland: Double Tap” creates some very enjoyable moments. A subtle smirk from Harrelson, a funny habit from a side-character or a well-written joke all make watching this movie entertaining. Although, these spontaneous fun moments are attached to many low-brow one-liners, catchphrases and jokes that will make you cringe. One might say  the good moments in the film nearly balance out the lackluster ones.

The most glaring issue with “Zombieland: Double Tap” is the writing. Characters do not transcend stereotypes or basic archetypes, which gives actors little room to be creative. The script is a mixed bag of somewhat amusing dialogue, atrocious one-liners and low-impact moments. Toward the end of the film, Eisenberg delivers perhaps the worst line in a movie I’ve seen in 2019, “Home? It wasn’t a destination. It was where these people are. I guess that is why they call them homies.” The line left me cringing so hard, I didn’t even know it was possible.

“Zombieland: Double Tap” is a bit of a mess. It is devoid of a grander message, its performances leave much to be desired and the writing is wildly inconsistent. The film doesn’t set out to reinvent cinema or take home any academy awards. It sets out to give audiences a fun, 90-minute experience, and it accomplishes that goal. The film has lots of loose threads, and if you set out to pull them, it unravels. But if you sit back and enjoy, it can be a good time. Just don’t pay full price. Two stars 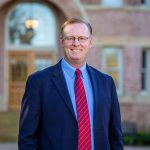 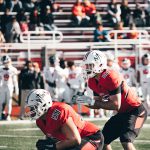