A festival of diversity

As you may have heard, Orange City held its first LGBTQ+ Pride Festival this last weekend. Some of you may be thinking this event never should have happened in this religious, conservative little town in Iowa,  and that this event challenged the beliefs of the community. Others may think that it’s about time that something like this happened and attended the festival with enthusiasm. Still others have an indifferent opinion about this event.

Regardless of what you believe about gay marriage, transgender rights or homosexuality in general, this festival was ultimately a celebration of a group of diverse people who deserve respect and love in a place they can feel welcome. OC Pride was such a huge step for the community in regards to recognizing and celebrating diversity. It seems that although most people recognize and respect other diverse groups, the LGBTQ+ community is still a taboo subject for many people in Orange City, including people on this campus.

It’s a subject that creates an awkward silence and then a hasty change of subject as soon as the word “transgender” or “gay” is mentioned. It’s something that creates an atmosphere of fear and disapproval when a person talks about any of the letters of the LGBTQ+ community or comes out as identifying as anything other than heterosexual and cisgender.

You also may have heard of a group called LEAP, which stands for Learning, Education, Acceptance and Pride. This group, formed by students for students of the LGBTQ+ community and their allies, provides a safe place for students who feel scared, alone or unwelcome in this community and need support and reassurance that they are not alone.

LEAP helped organize Stories from the Edge, a poetry/storytelling event that occurred during OC Pride in which people shared their own stories or had anonymous stories shared by surrogate readers. The goal of this event was not to change anyone’s religious beliefs or political standpoints, but to bring about a sense of understanding about different aspects of the LGBTQ+ community, as well as insight into being a member of the LGBTQ+ while being raised or living in a conservative, Christian family and/or community.

Anyone and everyone, regardless of identity, religion or political views, was invited to share in the celebration of diversity that was OC Pride in order to learn and understand their fellow neighbors and to share in their struggles and to rejoice in their successes.

During OC Pride, a straight person, although an ally, said she felt like she was at a party she wasn’t invited to. Well, in this town and many other places, this is a feeling that many members of the LGBTQ+ experience regularly. Overall, OC Pride helped the LGBTQ+ community by providing a place where they could feel respected, welcomed and loved, which is a beautiful thing. 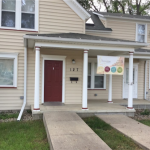 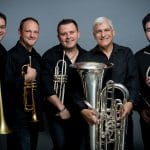