Beginning in the northern Midwest with CEO Leah Jacobson and spreading across the country, The Guiding Star Project reported five operating Guiding Star Centers in November 2016. Some of the most prominent partners of the nationwide organization include Doulas for Life, Natural Family Planning International and The Catholic Nursing Mothers League.

Uniting the Guiding Star Centers is the embodiment of a ‘Culture of Life’ which, according to the project’s website, “meets the needs of everyday people in holistic, life-affirming ways.” Through natural, non-hormonal methods such as the Creighton Model for family planning, Guiding Star Centers seek to provide four main areas of service to women and families. Service areas include natural fertility and family planning, pregnancy and childbirth, breastfeeding postpartum and family life resources. Guiding Star also provides treatment for young unmarried women who struggle with irregular menstrual cycles, ovarian cysts or premenstrual syndrome.

Guiding Star acts as a co-op of local service providers by creating a network of organizations that agree with the philosophy of Guiding Star, meet the criteria for one of the four service areas and support the clinic through donations.

For Beadner, the mission of the organization is a matter of personal significance, as she became familiar with the Creighton Model after the birth of her first child and her family’s move to Orange City. Empowerment through education is one of Beadner’s main goals, especially as she reflects on her own experience as a woman, mother and doula, one who is trained in supporting women during childbirth and postpartum.

“We as women have the power to make decisions about our lives and to keep our bodies healthy,” Beadner said.

Frey became involved with Guiding Star Orange City after hearing about the new center on social media and through friends. Frey’s interest in women’s health has been informed by several experiences, including being a Resident Assistant, traveling abroad and doing her own research.

From Frey’s perspective, Guiding Star Orange City has the opportunity to meet the needs of NW’s female students.

“I’ve begun to realize the extent to which people don’t know about their bodies, but we aren’t willing to ask about it,” Frey said.

As a start to the solution, particularly for NW, Frey suggests that we begin talking about women’s health, making it “less taboo.” 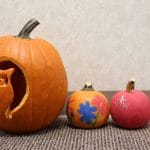 A festival of diversity