Home Featured A look into the past of Beacon history
FeaturedFeatures

A look into the past of Beacon history Fresh off the press, The Beacon sits on newsstands and lobby tables waiting every Friday, hoping students, faculty and staff pick it up and read it.

Since 1928, this student run newspaper has been a medium of campus life and news. To the historians on campus, it has been a rich resource of campus history.

His goal, along with Dr. Rebecca Koerselman, is to write a new history of NW by 2032, the institution’s 150th anniversary.

Anderson has noticed many surprises while uncovering the history of campus life through The Beacon.

“It took a while for students to find their collective voice—by the end of the 1930s, I’d say,” Anderson said. “Thereafter, there are trends: more student concern with social justice, civil rights especially, but also more input into college policy in the late 1960s through early 1980s, then “quieter” trends.

For decades, The Beacon has been a place to discuss issues and update campus on policy changes, including smoking in the residence halls.

In 1952, Dykstra Hall, a men’s dorm that has since been demolished, experienced a series of wastebasket fires due to cigarettes being thrown in them. This chain of unfortunate events led to administration banning smoking in the dorm, which was home to over 50% smokers.

The author of the article “Dykstra Hall News” writes in the March 25, 1952, issue, “We are glad that spring is approaching so that the fellows smoking outside will not freeze. Several plans already have been devised to overcome this handicap to these habitual smokers, such as a collapsible chair which swings out from the window. Maybe some inspired young inventor could sell smokeless cigarettes.”

Of course, like The Beacon today, this publication has always updated Raider athletic fans on the outcome of sporting events.

Spattered in the sports section of the student newspaper during the 1930s and 50s were mentions of the famous Harlem Globetrotters, who would regularly play and beat the NW men’s basketball team in a “demonstration of basketball very seldom witnessed in Orange City.”

It’s not uncommon at NW today to hear students in angst with questions about the future. Luckily, in 1945 the students on campus had a handy source to answer all their inquiries.

“Ask Ouiji” was published in January of 1945 highlighting a very popular object on campus located in the ping-pong room, a Ouija board, described as a spirit or talking board.

“There are so many things which students are just aching to know,” writes the student journalist. “Things such as: Who is whose boyfriend? How old is somebody? Who will be where and when? Who will marry who? How old will they be when they get married? How long will somebody teach? When is whose birthday? and just such a never-ending trail of questions are answered by this Mystic Hand… Some of you would be surprised at what we’ve already found out about you.”

The Beacon is a newspaper full of many wonderful and unusual items and Anderson shares those unique moments when he comes across them in his research. So far, he has 170 pages of notes on The Beacon and has kept stories alive, like Spring Service Partnership vans starting on fire after returning from service trips and religion professors delivering his child in his home bathroom without the aid of medical professionals.

If you are interested in viewing and reading the printed Beacons since 1928, the collection is digitalized and can be viewed at northwestern.advantage-preservation.com/.

For 93 years, this paper has been a source for documenting campus life and inspiring students to make a change through writing and journalism. The continued hope is that The Beacon continues to be a place that provides a platform to inform campus and make students feel heard. 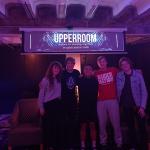 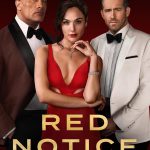