One word that can define the recent few years of campus is progress. A myriad of changes has come to campus. Some, like the science building and the arrival of the new welcome center, have shown that Northwestern campus is a hub destined to continually rise. These new buildings have brought a lot of new life and vibrancy to the campus, but it still hasn’t brought forth one missing piece of campus: a hub of extracurricular activities.

Sure, we have the RSC with a few games there, but there really is not enough places on campus to relax with friends and just unwind. Fortunately, that’s going to change with new talk of the possibility of a bowling alley coming to campus. The goal of something like this would be to breath in new fun opportunities that would bring a livelier nightlife atmosphere to campus. I, for one, think that this idea will be groundbreaking. And I really think that I can break it down into a couple thoughts for why this would only make campus a better spot.

First of all, let’s talk about the lack of activities on campus at night. Sure, we have the RSC as mentioned earlier, but it lacks a lot and is shared by the campus and the community. Then there’s the ice-skating rink, a nice addition, but not so nice when it is in the negatives for windchill.

A bowling alley would be great, as it would allow for an indoor activity during the winter months when everything is frigid outside. Bowling is a timeless activity that students and professors enjoy.

This brings me to my second point. The absolute desecration that occurred when the bowling team was disbanded a couple of years ago. They totally deserve another go, and if campus had their own bowling alley, it would be incredibly easy to attract students to the sport, allowing for the club to thrive. It could also become a timeless intermural that students would enjoy and play more into the type of intermural that doesn’t require intense physical capabilities.

Lastly, I think the bowling alley is just an easy sell considering what we have on campus. They are considering fixing up the NAPA building to make it happen. That building is used for storage right now, so it would be the perfect staging ground for that to happen. We wouldn’t have to even construct a new building.

Overall, the addition of a bowling alley could be a domino in a renaissance for NW’s campus. If this succeeds, then campus could be convinced to build more activity-based buildings on campus. And since bowling is a relatively well-liked activity, it should succeed well. Campus will only be improved by it, and it will make NW a more exciting and enticing place. 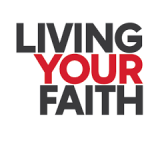 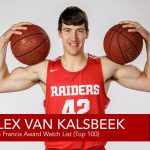