Sophomore Alex Van Kalsbeek represents Northwestern on the Bevo Francis Award top 100 watchlist. This award is presented annually to the player who had the best overall season within Small College Basketball. A few things considered are season statistics, individual achievements, personal character and team achievements. It’s a very prestigious award, and is only given to one player within Small College Basketball per season.

Van Kalsbeek has averaged 21.4 points and 7.7 rebounds per game, both marks leading the team. He is shooting 64.6% from the floor and 75.6% from the free throw line. He joined the 1,000-point club on Jan. 8 against Hastings, becoming the 49th Raider in program history to join the club. He joined the club in only 48 games.

“We knew that Alex was going to be a good player and a force to be reckoned with,” said head basketball coach Kris Korver. “His teammates have done a tremendous job getting him the ball in places he can be successful.”

On Jan. 11, he was named GPAC Player of the Week for joining the 1,000-point club and his incredible performance on the court.

Korver has enjoyed coaching Van Kalsbeek for the past two basketball seasons. Korver describes Van Kalsbeek as being a humble leader.

Korver said, “he leads by example and leads with his hard work, he’s a ‘work horse’ and not a ‘show pony’ kind of leader.”

Van Kalsbeek’s humble attitude is exemplary on the court and shows through his leadership to the team. Korver says that “he is honestly a humble guy who works really hard and just wants his team to do well, and he wants to get better in the process.”

Not only is Van Kalsbeek a phenomenal player on the court, but he’s also a great friend and teammate off the court.  Korver said Van Kalsbeek is “encouraging and lets his teammates know he trusts them with a pat on the back and a little word of encouragement.”

According to Korver, everything that Van Kalsbeek does matters, and he is constantly giving his best effort. He is improving, and he will continue to do so. 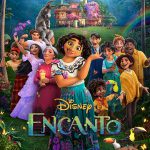