Home Features A student by any other name
Features Over the years, nicknames have played an important role in strengthening community among Northwestern’s students; traditions have formed and continue to thrive because of them. Nicknames come in all shapes and sizes, from shortened versions of first or last names to physical objects and pop culture references.

“Humans are always searching for a way to connect with one another, and nicknames are an easy avenue to do that,” senior theatre major Jessica “Tetta” Askeland said.

Askeland was given her nickname (Tetta) by her older sister Alyssa because she could not fully pronounce the name “Jessica” when Askeland was born. The name stuck all the way to college, and she continues to use this nickname. According to Askeland, going by a nickname does cause confusion.

“On the first day of class with new professors, I usually prepare myself for an awkward moment when I ask to be called by my nickname,” Askeland said.

Not all nicknames at NW come from family backgrounds, however. Alex Currier’s nickname was coined on a trip to Colorado during his freshman year. The junior criminal justice major found himself in a rap battle with five friends while driving through Nebraska. With the word “pizza” as the focus of his rap, Currier began calling himself “Pizza” over and over again for lack of any other words. By the time he returned to campus, Currier’s new nickname had been solidified.

“At first when they told me on the trip this was going to be my nickname, I was like ‘No! That sounds stupid,’” Currier said. “But now half the people I know call me ‘Pizza.’ If they call me ‘Alex,’ it’s weird.”

Just until this fall, a Colenbrander Hall tradition helped campus nicknames to flourish. Based on a tradition of the now demolished Heemstra Hall, the men of Coly used to give new freshmen a nickname every year. Over the summer, upperclassmen would start a group message among themselves and create nicknames based on objects, people or pop culture references. Roommates might even have partner nicknames such as “Tick and Tack.”

Then the upperclassmen would vote on what nicknames they liked best. Many of them were inspired by upperclassmen’s likes and dislikes as well as inside jokes from previous years. When the freshmen arrived on campus, they were immediately known by their nicknames rather than their given names.

Peter Smith, a senior business administration and international business major, remembered his confusion when he was first called by his nickname.

“I showed up and got my key, then went to my room in Heemstra my first day,” Smith said. “They asked my name and I said, ‘Peter Smith’. They said, ‘You’re Pickle!’ I thought, ‘What is this place?’”

Askeland believes that using nicknames can be a good way to build relationships with other people.

“I think nicknames can bring a sense of community, which is huge at NW,” Askeland said. “Nicknames also are a sign of affection and a general attitude towards a person”. 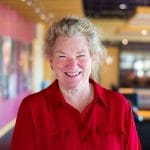 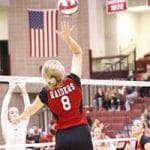