Drawing on a compilation of Scripture revealing the biblical character of Mary Magdalene, “Early One Morning” presents a unique act that may be described as a one-woman theatrical song cycle.

With music and lyrics by Ron Melrose, the action flows through 10 contemporary songs.  The result, Barker explained, is “a story of redemption and grace” which “imagines what [Mary Magdalene’s] journey into faith might have looked like.”

As a recipient of the NW Scholarship Grants program, Barker has spent the previous two summers gathering equipment, recording music and, as she puts it, getting “a couple of trial performances under my belt.”

These early shows have taken Barker from Seattle, Oak Harbor and Lynden, Wash; to Kasbeer, Ill; and Grand Marais, Minn.

Speaking fondly of her traveling performances, Barker recalled the different venues she has performed in: “[M]y tiny home church in Illinois. The cafeteria of a women’s shelter. A church meeting in a small theatre space that had never had a woman take the sermon time before. The responses were always kind and gracious.”

Reflecting on her favorite aspect of the show, the performer shared: “The music itself is so beautiful. Pieces like this, which are both artistically challenging and accessible to faith communities, are so very rare. I am grateful to be able to present it.”

As for the opportunity to perform here at NW, Barker offered a bit of theatrical insight. “Performing anything at home is much more terrifying than performing to strangers,” Barker said.

However, Barker is hopeful those “who see the performance [will be] inspired by the story.”

Barker has been a part of NW’s faculty since 1988 and has been the recipient of multiple honors and awards. Most recently, Barker received NW’s 2016 Faculty Recognition for Inspirational Service Award.

Barker will perform at 7 p.m. Friday, and at 2 and 7 p.m. Saturday in the England Proscenium Theatre. Admission is free; however, patrons may choose to donate toward the provision of upgraded risers and chairs for the Allen Black Box Theatre. 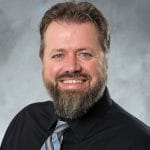 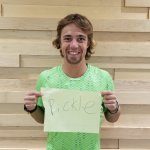