From the makers of “How to Train Your Dragon,” “Prince of Egypt” and “Shrek,” comes “Abominable:” a charming children’s movie about finding your way back home. The plot revolves around two main characters: Yi (voiced by Chloe Bennet), who has been trying to stay busy to avoid dealing with grief over her father’s death; and Everest, a young yeti that was kidnapped because of his scientific value. Yi finds Everest on her rooftop one night, and promises to take him home.

Unfortunately, home is Mount Everest, deep in the heart of the Himalayan mountains, a mere 2,000 miles away from Yi’s home in Shanghai, China. Yi and her friends leave Shanghai on a quest to return Everest. Unfortunately, a group of not-so-nice people are following their every move, determined to capture Everest for their own personal gain.

The story overall is clearly geared for children. This movie, like most kids’ movies, required a large suspension of disbelief on the part of the audience. Things like hypothermia, hunger and concerned parents don’t really seem to be a thought in the minds of these children as they travel across China. In spite of plot holes the size of Mount Everest, the movie had sweet themes of love, loss, healing and the importance of family.

In a simple kids’ movie, one usually doesn’t expect great thematic or visual elements. “Abominable” shattered those expectations despite the simplistic plot. The sound design and visual elements were stunning. John Kaucher, a junior at Northwestern said, “That movie had no right looking or sounding as good as it did.”

Yi plays the violin and takes her Dad’s violin with her everywhere. She is an excellent violinist, and her music is often used to soothe Everest, who “sings” along, triggering one of the surprises in the movie. Some of the scenes of Yi playing her violin are reminiscent of some Lindsay Stirling music videos on YouTube. Composer Rupert Gregson-Williams did a beautiful job of displaying Yi’s grief through her violin music.

In the beginning, Everest is displayed as a horrifying monster. Viewers don’t actually see him for the first several minutes of the film, as he is kept in the shadows. However, once you do see Everest, he looks at first like an extremely detailed stuffed animal. The attention to detail in the design, specifically the fur, is spectacular.

As to design choices found in the film, there were things I questioned. All of the street signs and building advertisements are written in English first, then the native Mandarin. There was also some cheesy product placement in the background.

One choice that stood out however, was the decision of director Jill Culton to cast Asian-American actors as the voices behind the Chinese characters. This shows a delightful attention to detail, and it was refreshing to see a desire to create an authentic feel in the movie.

Overall, this was a sweet children’s movie about family with lovable characters, specifically Everest himself. However, if you are older than 10 and have no interest in the visual or audio elements, then you should probably sit this one out. 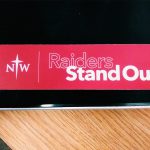 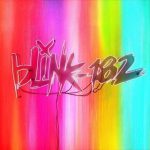