Processed with VSCO with c1 preset

Northwestern’s old tagline “Building Minds Building Faith” has recently been changed to “Raiders Stand Out,” a simple phrase that captures the Raider identity and aspiration.

These three words show an important feature of NW. The college as a whole stands out, not only the facilities and programs, but also the faculty and staff. The students stand out to their professors and coaches, who recognize their potential and talents, even when the students themselves are not aware of them. NW alumni also stand out in the world as they seek to live in faithful obedience and pursue God’s purpose and plan. Many past graduates are successful not only in their careers, but also are making an impact on the lives of others all around the world.

Tamara Fynaardt, associate director of marketing and communications, said, “We want to be bold about the ways in which Northwestern is exceptional.”

She has helped the effort behind the Raiders Stand Out campaign, and she provides some insight behind the new branding. “Building Minds Building Faith” still applies, but the Raider Nation identity is something students have really leaned into and embraced, so the new brand revealed itself very clearly. NW has tended to be too humble about what makes them stand out from other colleges and what makes their students stand out from other college graduates in the real world, and they’ve decided now is the time to be bold about sharing that.

This re-exploring of the NW brand began months ago, during last school year, and was initiated by President Greg Christy. He has been filled with lots of enthusiasm about getting the school’s brand right, so he, along with Fynaardt, co-chaired a nine-member task force that worked for 12 weeks on the new plan, ironing out all the details of the meaning behind Raiders Stand Out. The new vision launched in August of this year and can be seen on many banners around campus and new campus promotion material.

Many students around campus are on board and standing behind the Raiders Stand Out tagline because they are, of course, proud to be Raiders.

When asked what this phrase means, senior public relations major Sydney Kolb said, “As Raiders, we’re better than everyone else.”

Fynaardt put together a report summarizing the new brand, and she wrote, “As we re-explored our brand, we returned to our college motto: Deus est Lux. God is Light. Christians are called to be light in the world. Light stands out. So do we.”

This points out another important part of “Raiders Stand Out.” Not only do NW students stand out academically and in their careers, but they also stand out as Christian witnesses of God’s goodness and faithfulness in a world so desperately needing to hear the Good News. As Christians, we are called to stand out as a light in the dark places of the world, and NW seeks to prepare its students to do just that.

Theater professor Karen Barker spoke at chapel a few weeks ago about what standing out means to her. She shared a message about how we lead lives of significance through faithful obedience. Even those who are living lives the world would call “ordinary,” if they are walking faithfully with the Lord, are truly living extraordinarily. Standing out may look different for each of us, but we are all called to daily faithfulness, and this is something the “Raiders Stand Out” motto expresses. 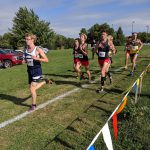 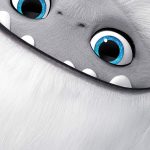