“A Star is Born” opens with the male lead Jackson (Bradley Cooper) playing at a festival while clearly drunk and ingesting a handful of pills. As the film progresses, we see a burgeoning love story between the falling – from – fame, Jackson Maine and the rising star Ally (Lady Gaga).

The romance between the main characters is filled with face touching, lots of close ups and genuine affection and care for each other. The sense is that, despite their flaws and issues – Jackson’s substance abuse and Ally’s insecurity –  their love for each other is still evident. Furthermore, the love story between them is very well done and both Cooper and Gaga provide depth to their respective character and the story itself.

The music is also mostly decent, despite some lackluster songs by both Jackson and Ally. One of Jackson’s most memorable lines that serves as a major theme throughout the film is when he says to Ally, “Look, talent comes everywhere, but having something to say and a way to say it to have people listen to it, that’s a whole other bag.”

Musically, both Gaga and Cooper’s characters are incredibly talented. The common anxieties of critics were if Lady Gage could act and if Bradly Cooper could sing; however, both did a tremendous job doing so.

When it comes to the music, they both always have a way to say it but don’t always have something to say. Specifically, with songs like “Music to My Eyes,” “Look What I Found” and “Why Did You Do That.” There is nothing memorable within the lyrics, but Cooper and Gaga find a way to make them interesting.

Another criticism of the music is that although some of the tracks are very powerful and tell a compelling story, some have little to do with the storyline of characters at all.

Given these faults, the music is still a strong point in the film. With the most memorable and arguably best tracks in the movie being “Shallow” and “Always Remember Us This Way,” the songs do a brilliant job of showcasing the leads’ chemistry, singing and musical ability as well as providing depth to the characters and their story.

In the song “Shallow,” Jackson and Ally sing together for the first time, and it is infectious for both the crowd in the film and for the audience in the theater. Additionally, in the song that catalyzes Ally’s career, “Always Remember Us This Way,” we get to really see how powerful and brilliant of a singer and performer Ally is. With a chorus reminiscent of Dan Fogelberg, the song serves as a love letter to Jackson and the experiences they have shared.

Where I believe this film really shines is in its portrayal of addiction. From the first shot of the film to the last scene, we are constantly aware of the looming presence of Jackson’s substance abuse. It is a problem that rears its head throughout the movie and provides valuable insight into what it’s like to be with an addict and how it affects them and the people around them. Jackson’s substance abuse is a constant struggle, and although Ally can look past it and see Jackson not as an addict himself but someone who suffers from addiction, the distress and tribulations of this disease are always at the forefront of their lives. Overall, this movie is well worth a watch and a brilliant rendition of an old story. 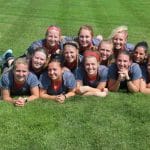 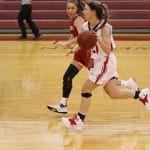