The 8th-ranked Raider women swept this weekend’s back-to-back, defeating Friends 94-55 and 16th-ranked Valley City State 96-82. In Friday’s game versus Friends, the Raiders were led by Darbi Gustafson, who finished with 21 points and 10 rebounds. Northwestern dominated for a majority of the game, shooting 54% from the field and starting the game on an 18-4 run. NW was not only strong on offense, but they also set the tone defensively, forcing 29 turnovers.

In Saturday’s matchup versus Valley City State, the Red Raiders used a second quarter run to separate themselves from the Vikings. VCSU held an 18-17 lead going into the second quarter but lost it quickly as NW went on a 14-0 run and did not look back, shooting 63% in the first half. The run was started on a basket by Gustafson, followed by a three-pointer from Kassidy De Jong. The Raiders led by a score of 54-31 at halftime and kept the lead for the remainder of the contest.

VCSU was led by Mackenzie Huber, who finished with 23 points, while senior De Jong scored 29 for NW. Gustafson also had a strong performance on Saturday as she finished with 21 points and 9 rebounds.

NW moved to 3-0 as they now look ahead to the GPAC opener against the second-ranked defending national champions, Dakota Wesleyan, on Wednesday, followed by a matchup with College of Saint Mary on Saturday. Wednesday’s game will provide a clearer outlook into conference play as Dakota Wesleyan and NW were picked to finish second and third respectively in the GPAC Preseason Poll. 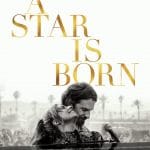 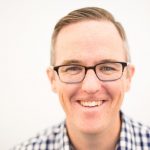