On Wednesday and Thursday March 2 and 3, the Red Raider wrestling program sent six men to compete in the National Wrestling Tournament at the Jacobson Center in Des Moines.

Things didn’t quite go as planned for all of these Raiders as only one, Drew Null, prevailed past the first round of wrestling.  However, these men’s seasons and careers have meant a lot more than just achieving an All-American status.

“It certainly didn’t go as scripted, but these guys battled hard – not just on Friday morning, but every day this season. I couldn’t be more proud of a group of young men,” head coach Rik Dahl said.

Andrew Null ended up being the only Red Raider to compete past the first session.  He made his way to the quarter finals, finding himself in a match against the number one seed and eventual National Champion from Grand View.  He lost that match but continued on to win his second match of the night against a GPAC opponent, Chris Paulson of Briar Cliff, to become NW’s 37th All-American. Null went on to place 5th in the tournament. 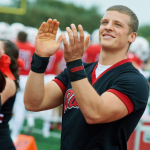 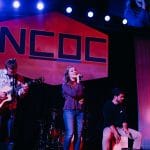