From the early years of Northwestern’s foundations to today’s fancy new Welcome Center, NW has always left an impression on its students. Whether they go on to become world-class scientists, Tony-nominated actors or all-star athletes, NW graduates are prepped for greatness. Some of them choose to pass on some of that greatness back onto current NW students. That’s right, NW has a whole crowd of professors who are alumni

Over the years, plenty of things have stayed the same or like how they had been. NW’s renowned sense of community and a community pointed towards Christ are two key things professors reflect on. Wayne Westenburg, a professor for calculus, statistics and math education courses reflected on how the people who inhibit NW are mostly the same.

“Most of the people – faculty, staff and students – are outstanding kingdom citizens and I am grateful that has not changed,” Westenburg said, a graduate of the class of 1979.

Randy VanPeursem, NW’s Science Support Services Professional and alum of the class of 1992, highlights NW’s sense of community and the strong caring nature of professors both then and now. The sentiment is echoed by theatre professor Drew Schmidt.

“We’re still drawing men and women who long to be agents of Christ’s redemption in the world,” Schmidt said, class of ‘05.

Some of NW’s more wacky facets have also stayed the same. Dr. Rebecca Koerselman, professor of US History and ‘03 graduate, brought up some of the traditions that reigned on campus during her days, and most of them sound very familiar to students. Traditions like Coly Christmas, students making snow angels while scantily clad and the well-known creativity of college pranks resonated then as strongly as they do now.

Of course, with time comes plenty of change. The physical look of the campus is one of the biggest differences from the past couple decades. Heemstra Hall and West Hall are two dorm names students may hear thrown around by recent alumni and professor alumni that don’t have physical presences anymore. Some buildings have been repurposed, like how Ramaker used to be the campus library.

“[It] still has one stairwell that smells exactly like it did when it was a library: old books, college-age angst, pheromones and a whiff of panic,” Koerselman said.

Schmidt highlights another change, speaking on how people spend their time.

As expected, there is quite a culture shock that comes with being a professor at your alma mater. A difference that many professors find is the role change that happens when they have assumed the leadership status of a professor.

“I love that I get to see all kinds of different students transform into adulthood,” Koerselman said.

Schmidt adds his favorite part of seeing transformations on campus.

“Sharing in the transformational power of Christ that is possible in this place, and gifting to you all the great experience I had, in a way that is right and unique to you,” Schmidt said.

NW students are imbued with many words of wisdom during their time here from their professors. That has been true from the origins of NW and can be seen with the alumni coming to give back to the institution. 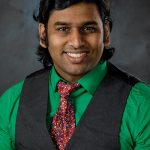