As Christians, we know we are called to care for God’s creation.

Adam’s first heavenly assignment was naming the animals. Noah was called to shelter two of every kind of animal on the ark to weather the storm. Animals are a beautiful gift from God. However, today, I’m here to argue that Noah should have left the geese behind because I’m not so sure God intended for them to exist.

The first example of a creature displaying evil was in the Garden of Eden. The serpent whispered lies into Eve’s ear, and eventually the image-bearers of God caved into temptation. Serpents symbolize many things in the Bible, including evil and chaos. And what is a goose but not a winged serpent?

It doesn’t take much time around a goose to develop a natural hatred for the species. They’re always in a giant group, known as a flock. Notice how in the Bible, the word flock is used not to describe geese, but gentle, wandering, sheep that symbolize the people of God. A flock of geese is always in the exact worst spot for them to be, usually covering an entire road or trail. They poop everywhere, transforming an ordinary sidewalk into a path of landmines. Luckily, King Solomon gives us some advice on how to traverse a goose’s dumping ground:

“Let your eyes look directly forward, and your gaze be straight before you. Ponder the path of your feet; then all your ways will be sure. Do not swerve to the right or to the left; turn your foot away from evil.” Proverbs 4:25-27 ESV

Geese, being the natural demons that they are, don’t always appreciate your presence on a trail. If you ever build up the courage to approach a goose, you will instantly regret it. First, a goose will look at you with a death glare. This is your opportunity to leave. If you keep going, however, you will hear the most awful sound imaginable–a goose’s hiss. That’s right. What did I tell you about serpents and chaos? When you hear this dreadful hiss, you have only a few moments to flee the area. If you happen to catch a goose on an off day (geese are always on an off day), you will observe the goose opening its wings and flap them threateningly. They think they are the biggest predator on earth. Believe them. It is now time to run.

Remember the worship song that people sometimes get mad about? The one about God chasing us down, fighting til we’re found, leaving the 99? Well, geese are the exact opposite here. Geese will absolutely chase you down. They will flap their wings with a ferocity you’ve never seen, and can get to a speed of 40 miles per hour. Geese are relentless. If they think for a second that you might harm their egg, there is no wall they won’t kick down coming after you. Your best bet here is to duck and remember you’re not alone: the prophet Jeremiah has been in your situation.

“I have been hunted like a bird by those who were my enemies without cause.” Lamentations 3:52

This is a lot of gloom and despair. So how, as Christians, are we to respond to this overwhelming evil in the world? We ought to remember the words of 1 John 3:

“The reason the Son of God appeared was to destroy the works of the devil.”

Have peace, Northwestern. Geese will one day ultimately be destroyed. 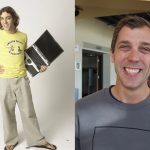