On Feb. 1, the Brooklyn-based band American Authors released their third studio album. The American Authors are best known for  their 2014 smash hit “Best Day of My Life.” My li-eye-eye-eye-eye-ee-ife. Sound familiar? Well, this album is anything but familiar. The band has proven their ability to produce upbeat pop songs. Seasons, however, takes an edgier tone. And quite frankly, I’m here for it.

In my opinion, this is the American Authors’ best album to date. Is it flawless? No. Is it intriguing? Catchy? Creative? Yes, yes and yes. “Deep Water,” the first single released from the album, is a slow and dark Lukas Graham-esque song about going through life with someone. The lyrics are beautifully crafted and show the band’s purposeful writing. Lead vocalist Zac Barnett sings, “Ain’t even scratched the surface — Thinking I deserve the dream but I don’t deserve the hurting — I want the flame without the burning — But I can’t find my purpose when I don’t know what my worth is.”

NEEDTOBREATHE fans may be surprised to hear the vocals of Bear Rinehart accompanying the American Authors on their track entitled, “Neighborhood.” The song is a melancholy account of someone moving from place to place with unapologetic but reminiscent goodbyes. The unexpected collaboration is successful and one of my favorite tracks on Seasons. The band also teams up with Billy Raffoul on “Say Amen.” Raffoul, known for his raspy voice, slows the beat down and adds a tasteful dose of soul to the album.

Those who miss the old, upbeat-pop sound of American Authors will be thankful for the band’s fourth track, “I Wanna Go Out.” The song is playful and catchy. It reminds me of Grouplove’s 2011 summer-hit, “Tongue Tied.” Another feel-good tune, “Bring It On Home,” is joy and banjo-filled. These songs appeal to the band’s larger audiences and do not disappoint.

Songs like “Before I Go” and “Real Place” tie up the album’s theme of living life with a purpose. The last two tracks of the album contain lyrics like, “I hope I live before I go,” and “Turns out I was lost… from a real place, I just wanna know the truth.”

Love seems to be another main theme throughout the album, but I would not classify any of the tracks as love songs. Love comes in the form of friendship in “Neighborhood” and encouragement in “Deep Water” and “Stay Around.” In a culture whose music is love and sex–obsessed, it is refreshing to hear music with a broader focus.

Seasons by the American Authors is everything that Evolve by Imagine Dragons should have been. They successfully experimented with many styles of music without ruining the fluency of the album. The lyrics are meaningful and the instrumentals are creative. I am giving the album four stars. There are many fivestar songs, but the lack of focus in the album keeps it at four. For the American Authors’ fourth album, I would love to see them pick a style and perfect it. Nevertheless, this album is satisfying and shows promise for the once “pop-only” band. 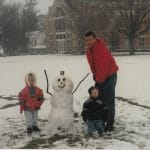 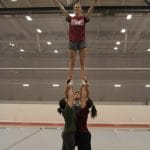