Mark and Monica Starr graduated from Northwestern in ’91 and decided to return to campus six years later in ’97 as Mark took on the new Resident Director position of Colenbrander Hall along with agreeing to become the men’s tennis coach. Starr says, “As a student, I held a lot of pride in Colenbrander Hall and found it to be a great place for men to proudly be men and enjoy the college experience.”

He was RD for three years (1997-2000), and in his time here he says, “My best memory was seeing that pride return to the hall…Colenbrander became a better place to live and more students wanted to stay in the hall after their first year.”

During Starr’s time as RD, it was never just him and his wife. When they began their first year at NW, Starr’s daughter, Emily, was just three months old. Their second child, Josh, joined them midway through their second year. Starr described having a family on campus as “the best of times and the worst of times.” The men of Coly got to see them in the good, the bad and sometimes even the ugly times. Starr says, “Overall, the college campus was a great place for my kids to grow up in their early years because they got a lot of interaction with people and we had a lot of great babysitters available at a moment’s notice!”

As a married man with children who coached tennis and managed a residence hall, Starr frequently felt as if he didn’t have enough time for everyone in the hall. As a result, he tried to focus on the Resident Assistant leaders and encourage God’s work in their lives as they served others.

“One of my greatest joys currently is to hear stories about some of the men who were RA’s or who lived in Colenbrander and how they are faithful husbands and fathers who are trying to make a difference in the areas God has gifted them in,” says Starr.

His children both carry on the Starr name here at NW today. Emily, his oldest, is a senior phycology major who says, “Part of me didn’t want to come here, simply because I had always known it to be my parent’s place…I didn’t want my time to be compared to their time.” However, in the end, NW felt comfortable and familiar. Emily is always ready with a fun fact for NW’s all too familiar get-to-know-you-games, where she is able to proudly say, “I lived in Coly first.”

Josh, on the other hand, says, “my father’s position as RD played a role in my decision from a young age… without his connection to Coach Bahrke (the cross country and track coach), Northwestern may not have been on my radar nearly as much as it is.” Josh is currently a sophomore accounting major and runner for NW.

Starr’s last words of advice to current and future RDs is this: “If you’re going to have kids as an RD, you have to be a flexible family that doesn’t mind the constant social interaction and be able to take a ‘team approach’ to the job.”

NW currently has three RDs with kids living on campus: Kendall Stanislav and his wife Ashley, Celeste Ryan and her husband Nathaniel and Tyler Zeutenhorst and his wife Rachel.

The Ryans are raising their two girls in Stegenga Hall and love the atmosphere surrounding them: “Our girls love hanging out with the women of Steg and getting all kinds of attention… the setting is so much fun,” Celeste says. 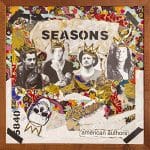