Juniors Ashlynn Anderson and Hephzibah Park will be performing their duo-recital at Christ Chapel on Sunday, Nov. 3 at 3 p.m. Following the recital will be a reception in the Dewitt Music Hall choir room.

This recital is free and open to the public. Students are also encouraged to attend and support their fellow students. The recital is also in fulfillment of both Park and Anderson’s music degrees. It will feature multiple vocal pieces performed by Anderson, accompanied by Janelle Phinney as well as a number of flute pieces performed by Park accompanied by Dr. Juyeon Kang.

The first song in the recital, “Nel dolce del’oblio”,”will be a duet between Park and Anderson and will be accompanied by senior celloist, Carol Li.

Park thanks God for her talents and passion and hopes that God will use these gifts of hers to further His glory. Anderson says she would not be where she is today without the love and support of her family, friends, faculty and staff. Anderson and Park have both had a love for music from a young age and this love has led them to work hard to improve their abilities.

Anderson’s love of music developed in her elementary music classes in Hartford, South Dakota. She went on to receive many honors and awards throughout middle school and high school including being involved in the South Dakota Women’s Honor Choir, Regional Women’s Choir and All-State Choir.

Anderson has also found success at Northwestern College, winning the Cyndy Rowenhorst Memorial Scholarship and placing first in her category at the National Association of Teachers of Singing contest.

Park was born in South Korea and grew up in Mount Prospect, Illinois. She also found her love of music during her childhood as she played a multitude of instruments including the violin, piano, drums and the flute. Park actually took her first flute lesson here at NW and says that her “actual” flute playing journey began here as well.

Both students are excited to share their talents and have been preparing for several months now, having finalized the program in August.

Anderson’s pieces consist of several different languages: Italian, German, French, Czech and English. She says her most difficult piece to prepare has been “Calypso” by Benjamin Britten.

“It’s extremely fast, there’s a lot of text and you always have to be thinking ahead,” Anderson said.

Anderson has studied voice under Professor Cindy Moeller, voice adjunct, while here at NW and Park is a flute student under Professor Sue De Haan, flute adjunct here at NW. Both students have been incredibly involved in the music department. Anderson has played an active role in both A Cappella Choir and Heritage Singers and Park has been playing in the Symphonic Band, Chamber Ensemble and Orchestra, at her church and at the Prairie Ridge Nursing Home.

The recital should take no more than two hours and audience members are encouraged to attend the reception afterward for snacks and a chance to congratulate the performers. 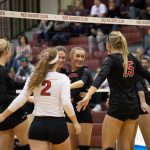