Last week, the Raider volleyball team moved from the second ranked team to the top-ranked team in the NAIA Volleyball Coaches’ poll. The Raiders remain undefeated after a 3-0 sweep over Morningside on Saturday, Oct. 26 at the Bultman Center. They are 13-0 in the GPAC and 25-0 in all.

Leading the Raiders, Anna Wedel, crushed 14 kills and hit over .294 for all three sets. Makenzie Fink also put down 10 kills and hit an impressive .500 and AJ Kacmarynski totaled nine kills. The serving and blocking pressure made Northwestern rise to the top. The Raiders hit .371 and had a total of six blocks while Morningside hit .141 and only three blocks. The Raider servers were on fire and had a total of seven aces. Lacey Wacker had four aces and Emily Strasser, Kacmarynski and Fink each had one.

Both teams were excited for set one and were tied at two very early in the set. The Raiders took a 5-1 run from remarkable kills

from Emily Van Ginkel, Wedel and Fink. The lead stretched even more from Wacker’s serving pressure. She had a four-point service run. The set ended with a score of 25-13.

The second set started off with a battle between Morningside and NW until tied at 4-4. Strasser ended the tie and served four in a row. Fink and Kacmarynski joined in on the run and smashed down three kills. The surge ended again in a 25-13 game win.

The last set started with a bang from the NW Raiders. They held a strong lead for the first half of the set. The Mustangs cut back the strong lead to 12-13. Fink powered one down and Wacker with a strong serve put the Raiders back in front by four. The Raiders won the set with a final score of 25-19.

The Raiders hit better than the Mustangs in all the three sets. They hit a match-best .519 in the first set (17 kills, three errors, 27 attempts). Wacker had 37 set assists and Strasser picked up 20 digs. The two middles, Bekah Horstman and Van Ginkel, led the blocking efforts.

Saturday’s match honored the parents of all the players and lone senior on the team, Ann Pater. Maggie Youngsma, the manager of the varsity team, was also celebrated for her hard work on the team.

The Red Raiders will have back-to-back games playing Doane on Friday, Nov. 1 at 7:30 p.m. and Hastings on Saturday, Nov. 2 at 3 in the afternoon. 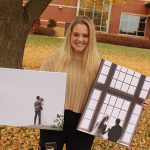 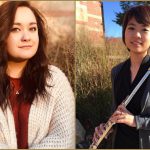