Magicians and entertainment duo Penn and Teller released a video where they had two sets of bowling pins representing children. In front of one group of pins, they pulled out a screen to represent vaccines. The other group was left with no protection. Penn and Teller proceed to throw dodgeballs representing different diseases, such as polio, measles and mumps at both groups of pins.

Pins in the non-vaccination group fall one after another while the vaccinated group is left standing. The video demonstrates how vaccines save the lives of the most helpless in our society—children. Over the last decade, vaccines have somehow become a controversial issue, not only in the United States but also worldwide.

The science behind vaccines has been proven over and over again. I never experienced the measles, chicken pox or mumps, but my mother, who was born in 1958, survived all three before she was 12.

People push back against vaccinations because they believe they have harmful side effects: the most worrisome being an inconclusive link to causing autism. This false claim was pushed by discredited scientist Dr. Andrew Wakefield and celebrities like actress Jenny McCarthy. Since the rise of anti-vaxxers, several studies, including a recent Danish study of 650,000 babies born in Denmark over 11 years, found there is absolutely no correlation between vaccines and autism.

Parents in some states such as Washington, Oregon and Arizona choose not to vaccinate their kids based on medical, personal, philosophical or religious convictions. These parents are not only making a choice that is putting their own kid in danger, but also the children around them.

This virus is so contagious that nine out of 10 people will catch the illness if they are in the same room as an infected individual. Before the measles vaccine was introduced in 1963, measles was the single largest killer of children in the world.

Vaccinations work by creating herd immunity, which is a critical reason why all children should be vaccinated. When a child is unable to be vaccinated due to other health issues, the rest of the group can prevent the disease from entering the community.

Herd immunity breaks the chain of disease transmission. The disease cannot spread because there are not enough people susceptible to catching the virus. Parents who claim vaccinations cause harmful side effects for their children should not denounce vaccinations. Instead, they should encourage other parents to vaccinate their children to protect their own child who cannot get vaccinated.

Herd immunity works most effectively when 95 percent of the population is vaccinated. In 2000, measles was declared to be eliminated in the United States. Since then, vaccination rates have slowly dropped, ruining the herd protection for the most vulnerable individuals.

According to the World Health Organization, vaccine hesitancy has been listed as one of the top ten global threats of 2019. Diseases which were once eliminated are returning as vaccination rates continue to drop.

Vaccines have proved to save lives. Without them, we would return to a time of higher childhood mortality rates. Vaccinate your children, because refusing to do so does more than put just one’s own child at risk, but also every child they come in contact with. 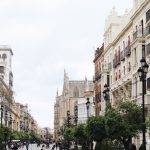 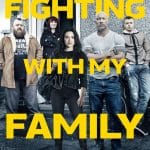