Calsbeek's mural can be seen in the Old Factory coffeeshop, just a few blocks north of NW. Hach appeared on the cover of a local paper to promote Treasure Village's play.

Anyone who spends much time at Northwestern soon realizes the school is very passionate about community and student involvement during the school year. During any given week one only needs to glance around campus to find an activity to get involved in. Many creative students have found ways to put their passions and skills into action over the summer months as well. Several NW students were willing to share the stories of how they used their fine arts gifts to get involved this past summer.

Over the summer, Ann Calsbeek was asked to paint a mural at a popular local coffeeshop, the Old Factory. The mural, painted on the wall just around the corner from the entrance, depicts a tree with drooping limbs. Because it is in a coffeeshop, there are mugs dangling from a few of the branches with coffee dripping from their rims. A few familiar symbols can be found within the mural. The Old Factory asked that two former campus buildings, Heemstra Hall and Granberg Cottage, be represented in the painting. So, the h* symbol of Heemstra and the popular Granberg Hall mug design are hanging from two of the branches.

Calsbeek learned that painting a mural in a public place can be a bit stressful. “It was a lot of pressure because it was out in public,” Calsbeek said. “It’s not like you can say, ‘this sucks’ and hide it.”

This was Calsbeek’s first mural, but it was a good experience for her. Her next big project is her senior art show next semester; until then, feel free to check out the beautiful new addition to the Old Factory.

Tiffany Hach spent the entirety of her summer in Milford, IA working at Treasure Village Childrens’ Theatre and Mini-golf. Although she did get to scoop some ice cream and do a bit of putting, her real reason for being there was to perform in childrens’ shows. During the four months she was there, Hach performed in three shows: “Pinocchio,” “Peter Pan” and “Sleeping Beauty.”

In addition to acting, Tiffany had the opportunity to work with the costumes — sewing and learning how to grommet (not that anyone actually knows what a “grommet” is). Although acting and sewing are fun, Hach found that the most rewarding part of her summer was meeting her little fans. “After the shows we would take pictures with the kids,” Hach said. “My favorite part was when they would run up to you and hug you and want to take a picture with you. Since I got the parts of the fairy and princess, they thought I was the coolest person ever.” Now that she’s back on campus, Hach will be acting in the upcoming production of “Antigone.”

In the online version of Relevant Magazine, a popular Christian culture magazine, there is an article titled “How to Make Missions More Effective.” It’s written by none other than Northwestern’s very own Michael Simmelink. While perusing the site, he found a tab for submissions and decided to take a chance and send in a paper he had written for one of Professor Lundberg’s classes. Although the site was only looking for a pitch, he got an email a few days later saying they liked his piece and then another saying that they were going to publish it on their website.

Simmelink had an internship with a local paper over the summer and has written for the Beacon, but this publication was a big step forward in his writing career. His article has been shared on Facebook almost 1,000 times along with numerous tweets and Tumblr postings. His advice to other writers aspiring to be published is this: “I say the biggest thing is probably to have people read through your writing and get it critiqued and torn apart before you turn it in. Don’t be afraid to have four or five people just tear it apart. I think that’s really what helped me the most.”

As she has done each summer since her freshman year at Northwestern, Sarah Stofer, commonly known as “Cricket,” spent six weeks of her summer playing in the pit orchestra on a showboat. Although Clinton Area Showboat Theatre is technically grounded, it still sits on the water of the Mississippi River in eastern Iowa. Jonathan Sabo, professor of theater at Northwestern and freshman Carolyn Hopkins also worked on the showboat over the summer.

On the showboat, Stofer played her bass and double bass for the “blue haired crowd” in the musicals “Godspell,” “Forever Plaid” and “She Loves Me.” She also played in the community band in Sterling, Illinois. After graduation, Stofer plans to continue performing, auditioning for a military band and possibly even returning to the showboat. 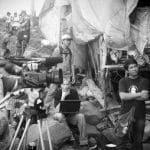 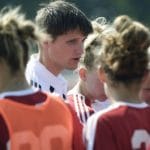