Over the past couple of years Northwestern has been renovated and upgraded over and over again. Although trading in old buildings and technology are usually welcome changes, losing well-liked staff members is a different story.

During the summer, two faculty members left their jobs at NW on short notice.

One of the two faculty members was Blake Wieking, the former head of campus security and women’s soccer coach.

Barry Brandt, the director of athletics, shared his thoughts on that matter and shed some light on Wieking’s reason for the resignation of both his positions at NW.

“Blake Wieking was a valued employee of the athletic department, and we were very sorry to see him leave,” Brandt said. “I am very happy for Blake in that he was awarded the position to teach history at MOC-Floyd Valley, which he has always felt called to do. Blake will also serve as the girls’ Soccer coach at MOC-FV so he will be able to continue with his passion for coaching soccer as well as fulfill his calling to teach. We wish him God’s blessing and are thankful for open doors of opportunity.”

“Blake was a good coach,” Hillbrands said. “He absolutely loved the game and provided lots of insight on how to improve. He wanted us to be the best and showed us where hard work and determination could get us. He definitely put a lot of work into the team and genuinely cared for each and every one of us. I am very thankful to have had as a coach for two years.”

Hillbrands also said she appreciated NW allowing the soccer team to be part of the interviewing process for their new coach.

“We now have Ben Karnish, who last year was the boys JV coach here at NWC,” Hillbrands said. “He is doing a great job at coaching us.”

This summer, NW also said an abrupt goodbye to Seth Currier, former head of service-learning in Campus Ministry and a previous RD of West Hall.

Senior Bradley Smith, an RA in West Hall, discussed how Currier started out as his RD but later became his mentor.

“Seth was my RD [freshman] year,” Smith said. “Our freshman year was his last year. I didn’t have a really strong relationship with him that year. I found out later that he had somewhat separated himself from that year’s freshmen intentionally. I actually admire Seth a lot for that now because I’m sure that played a role in my strong relationship with Corey Kundert (West RD) now.”

Smith went on to explain the development of their relationship.

“I got to know Seth a lot better last year because he was in charge of Service-Learning in Campus Ministry and I was the leader of Justice Matters International,” Smith said. “He was my direct supervisor. I had one-on-ones with him so I spent a lot of time with Seth. Over time he had definitely become a mentor for me.”

According to Smith, Currier left simply because it was time for him to move on. He is now living in an intentional community in Duluth, Minn., with his wife, Erin, another married couple and two other people. 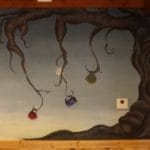 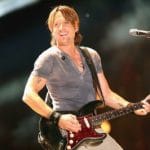