Scheduled for release on May 29, Disney is unveiling a long-anticipated film adaptation of Eoin Colfer’s “Artemis Fowl.” When the trailer dropped on March 2, it raised a significant amount of criticism and divisiveness among fans of the series, and from watching the trailer, it’s easy to see why.

The young adult series centers on Artemis Fowl II, a 12-year-old Irish mastermind who starts off the series discovering the existence of a hidden underground society of fairies through the blackmail and exploitation of an alcoholic sprite. He then uses this knowledge to kidnap a fairy police chief, holding them ransom in an attempt to revive his family’s declining fortune. He demands one ton of 24 carat gold; roughly $46 million by today’s value. The author describes the rest of the novel as “‘Die Hard’ with Fairies,” with Artemis taking the place of Hans Gruber as he fends off a home invasion of special ops teams attempting to rescue his captive. To be frank, Artemis is not a nice character. He is manipulative, cold, cunning and fantastically egotistical.

Now compare this to a casting description for the film put out by Disney in 2017:

“At first glance, Artemis could be mistaken for a rather ordinary child with little athletic ability, but his eyes reveal a flickering of intelligence; inquisitive and possessing both academic and emotional intelligence, he is highly perceptive and good at reading people. Most importantly, Artemis is warm-hearted and has a great sense of humor. He has fun in whatever situation he is in and loves life.”

Now it’s not a terrible match with what is seen in Artemis’ character from the original source. He is intelligent, he is perceptiveand he is absolutely adept at reading people. However, the rest of the description just does not line up with the original. On top of that, from what has been shown in the trailer, Artemis seems less like a mastermind meticulously uncovering a secret society through research and study and more a good-hearted kid who is swept up in an adventure. The plot seems to be moving him rather than him moving the plot, and because of this, his character is diminished.

To be clear, the casting seems well done, and I do like that they are casting Artemis as someone who is around the same age as the original character. The CGI seems fine, and in general, I don’t have any strong feelings toward the cast and crew in either direction. I also don’t think that the problem is fully that it is a movie taking a different direction than the book. DreamWorks has done really good work adapting books to film with “How to Train Your Dragon” and “Rise of the Guardians,” which were both pretty different from their sources, and the same can be seen in adaptations from Disney, like “Meet the Robinsons.”

However, with those films, I could really feel that they were similar enough in spirit to their original iterations if not in point-by-point plots and carbon copied characters. In the case of “Artemis Fowl,” it feels as though the studio wanted to make a “modern fantasy” movie but needed an established name to draw in crowds, much like what happened with “World War Z.” The movie shared the name and adopted some of the aspects of the book but remained largely separate from the spirit of its inspiration. And like “World War Z,” I think “Artemis Fowl” will be an enjoyable movie, and I believe I’ll have fun watching it.

I have a lot of respect for the hundreds of creative people working on this film and I think it’ll be a good “modern-fantasy” movie. But I don’t think it will be a good Artemis Fowl movie. 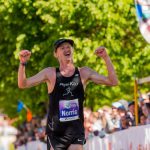 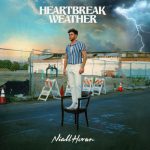