Each year, over 425,000 Americans complete a full marathon. However, only 175 of those runners qualify for the U.S. Olympic Team Trials. That was the case for Northwestern alumnus Will Norris (’17), who ran in Atlanta on Feb. 29.

Norris, a cross-country state champion at Spirit Lake High School and two-time NAIA All-American at  NW, placed 42nd in the trials. The top three finishers qualified for the Olympic Games, scheduled to begin in Tokyo next summer. Norris was one of 64 qualifiers at Grandma’s Marathon in Duluth, Minnesota, placing 22nd out of 6,368 total finishers. His time was 2:18:11. He shaved off a few seconds at the Olympic Trials, crossing the finish line at 2:17:57.

Prior to the 2020 Trials, Norris had run his first half-marathon in 2018. Following his second half-marathon appearance in Houston, he began training for Grandma’s Marathon. His coach, Steve Boyd, had an impressive résumé, coaching a former Olympian and a top-10 finisher at the World Championships.

The former Red Raider runner spent most of the winter in Raleigh, North Carolina, to train for the event. Although Norris graduated with a degree in community development, running is his main task at the moment.

For now, though, he hopes to take on his next challenge of building upon his performance in Atlanta.

After a break from competitive college running while studying abroad in Romania, Norris returned to the track and qualified for nationals in both indoor and outdoor events. During the next cross-country season, he was a GPAC champion and a third-place finisher at nationals. Norris holds multiple school records at  NW, setting the mark in the indoor 3,000 meter, along with the outdoor 5,000 meter and 10,000 meter.

Earning an opportunity to pursue a spot on the U.S. Olympic National Team is not a small feat. However, Norris credits all those who were alongside him in this journey.

“It is  really surreal to line up against some of the best in the world,” he said. “I owe so many people so much.” 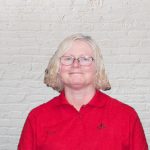