Home News Band and Choir to perform: From Beethoven to James Bond…
News

Band and Choir to perform: From Beethoven to James Bond…

With guest performers of all ages, a capella vocals, and plenty of intstruments, the weekend is jam-packed with musical endeavors for performers and listeners alike.

A program that included a solo for a boy soprano and a long-time interest in bringing a children’s choir to perform alongside the Sioux County Oratorio Chorus (SCOC) was what birthed the upcoming joint concert to be held Saturday, April 24, at 7:30 p.m. in Christ Chapel.

Hospers native Kimberly Miller, director of the boys’ choir, said of the opportunity, “I trust it will be a great learning opportunity for the boys and hopefully inspire other young gentlemen to participate in their school and community choirs.”

Holm said that the pieces by Faure and Bernstein included add to the enjoyment of the evening. He explained Faure as “full of wonderful color changes, but always understated” while Bernstein has “Beethoven-like drama.”

The NW Symphonic Band directed by Tim McGarvey, professor of music, offers a night of entertainment that includes a local high school band, open to all on Friday, April 23, at 7:30 p.m. in Christ Chapel. The 57-member band will play following the local MOC-Floyd Valley band under the direction of Steve Connell.

Freshman band member Meghan Schuster views the joint concert favorably. Schuster said, “Not every high school band student has the opportunity to hear a college band. I think it will be very encouraging for them to hear us, and it might encourage them to continue with their band career in college.”

Two of the biggest pieces for the concert are Gershwin’s “Rhapsody in Blue” and Gorb’s “Awayday.”

“‘Rhapsody in Blue’ is one of the most well-known and beloved pieces written in the 20th century,” McGarvey said. “It was the first piece to seek to combine the jazz and classical worlds of music.”

McGarvey is also excited to perform this piece with an accompaniment of “such a world-class pianist,” Juyeon Kang, another professor of music.

“I haven’t played with the Symphonic band, so I am excited to play with the group,” Kang said. “I just love playing with students.”

The piece by Gorb will top off the evening. Senior band member Sarah Shively described it as “riding in a convertible with James Bond. It is a great piece to listen to as well as to play.” 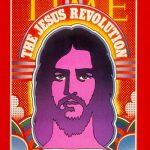