A top-15 women’s basketball matchup Wednesday night in Orange City featured #5 Northwestern and #15 Dordt. After trailing 23-21 after the first quarter, the Raiders controlled the second and third quarters to defeat the Defenders 91-84. A large part of NW’s success was their ability to get to the free throw line, going 23-36 compared to Dordt’s 16-28.

Following a back-and-forth start, Dordt stretched their lead to eight points nearly seven minutes into the game. At the beginning of the second quarter, Kassidy De Jong and Darbi Gustafson scored five straight points to take a narrow lead. Senior Haley Birks and sophomore Sammy Blum had a strong second half as the Raiders took hold of the lead. High point totals were seen on both sides, but the Raiders had a balanced effort to take home a win.

Dordt center Erika Feenstra led all scorers with 43 points and totaled 9 rebounds in the game. NW’s Kassidy De Jong finished with a double-double, having  28 points and 10 rebounds. Blum also scored 19 for the Raiders, who also saw Darbi Gustafson and Haley Birks finish with 16 points each. Both teams were even in rebounding statistics, pulling down 46 boards. As many of the team statistics were similar, NW had the advantage of drawing fouls and knocking down free throws.

On Saturday, the Raider women will face Briar Cliff at 2:00 in Orange City. The Chargers are 5-4 overall, 2-4 in conference play and are currently receiving votes in the NAIA Coaches’ Poll. The 5th-ranked Raiders are now 8-1 overall and 4-1 in the GPAC, putting themselves as one of three 1-loss teams in the conference. 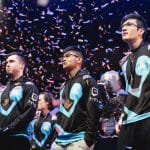 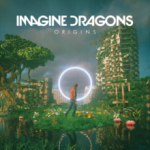